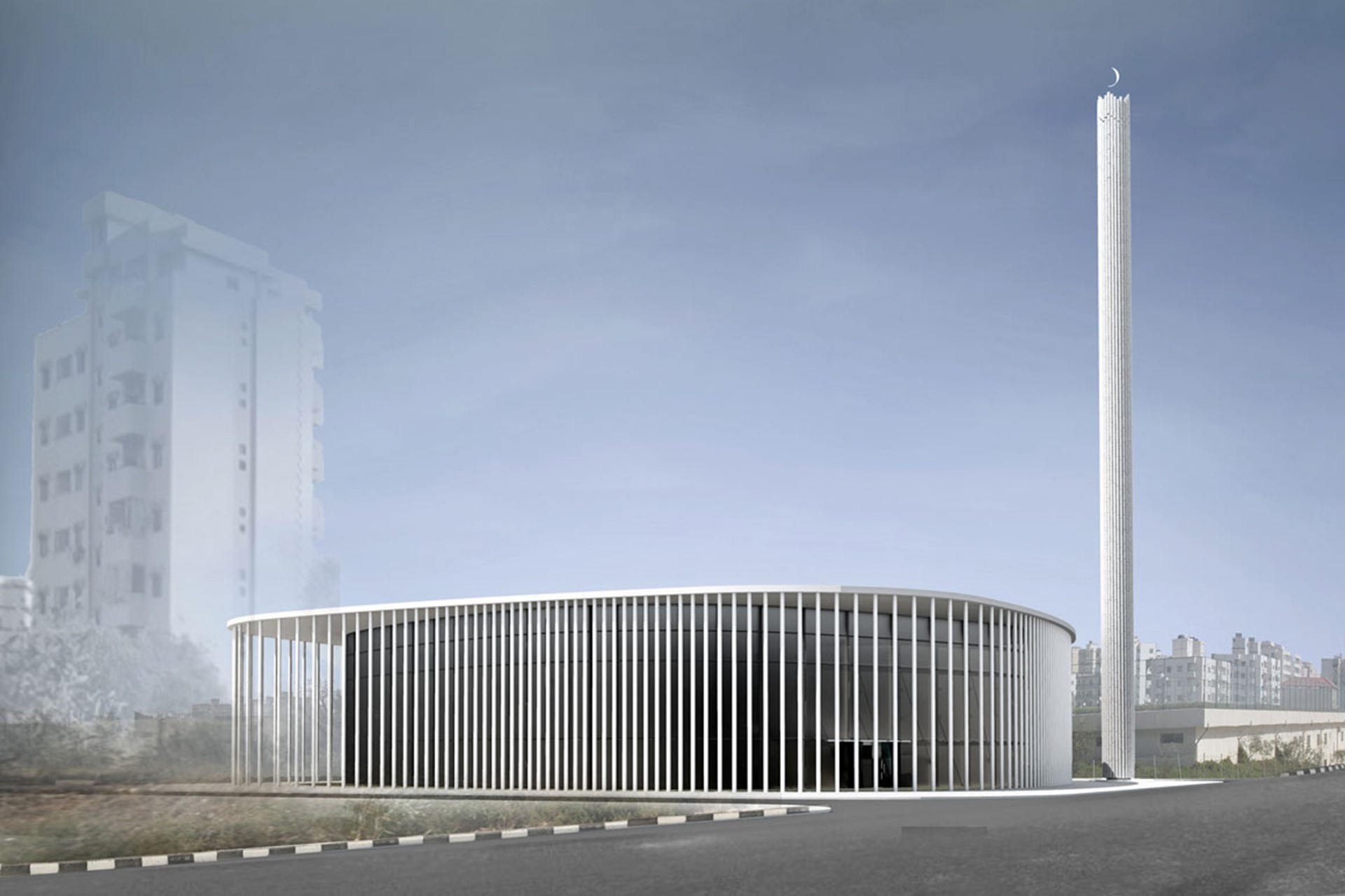 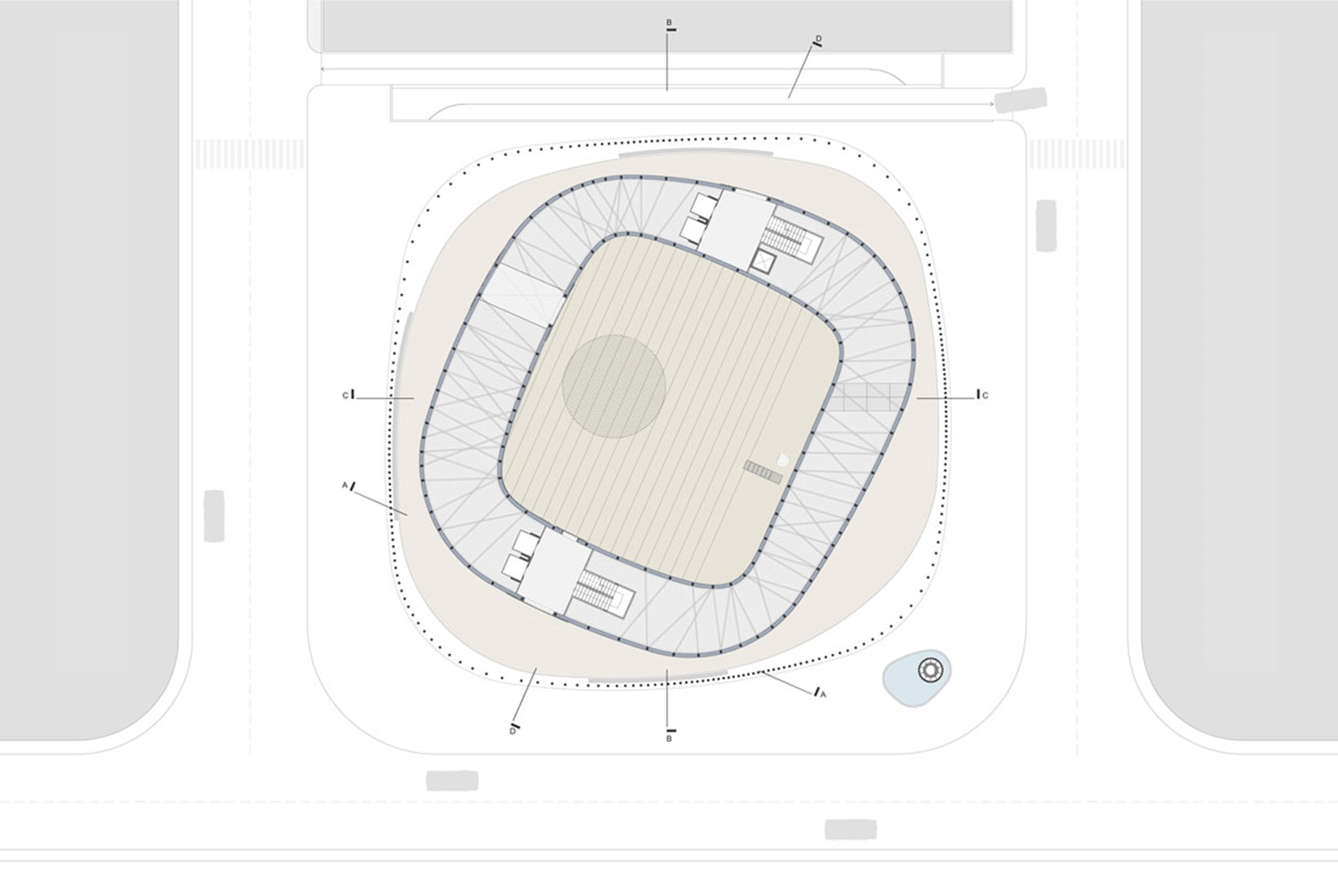 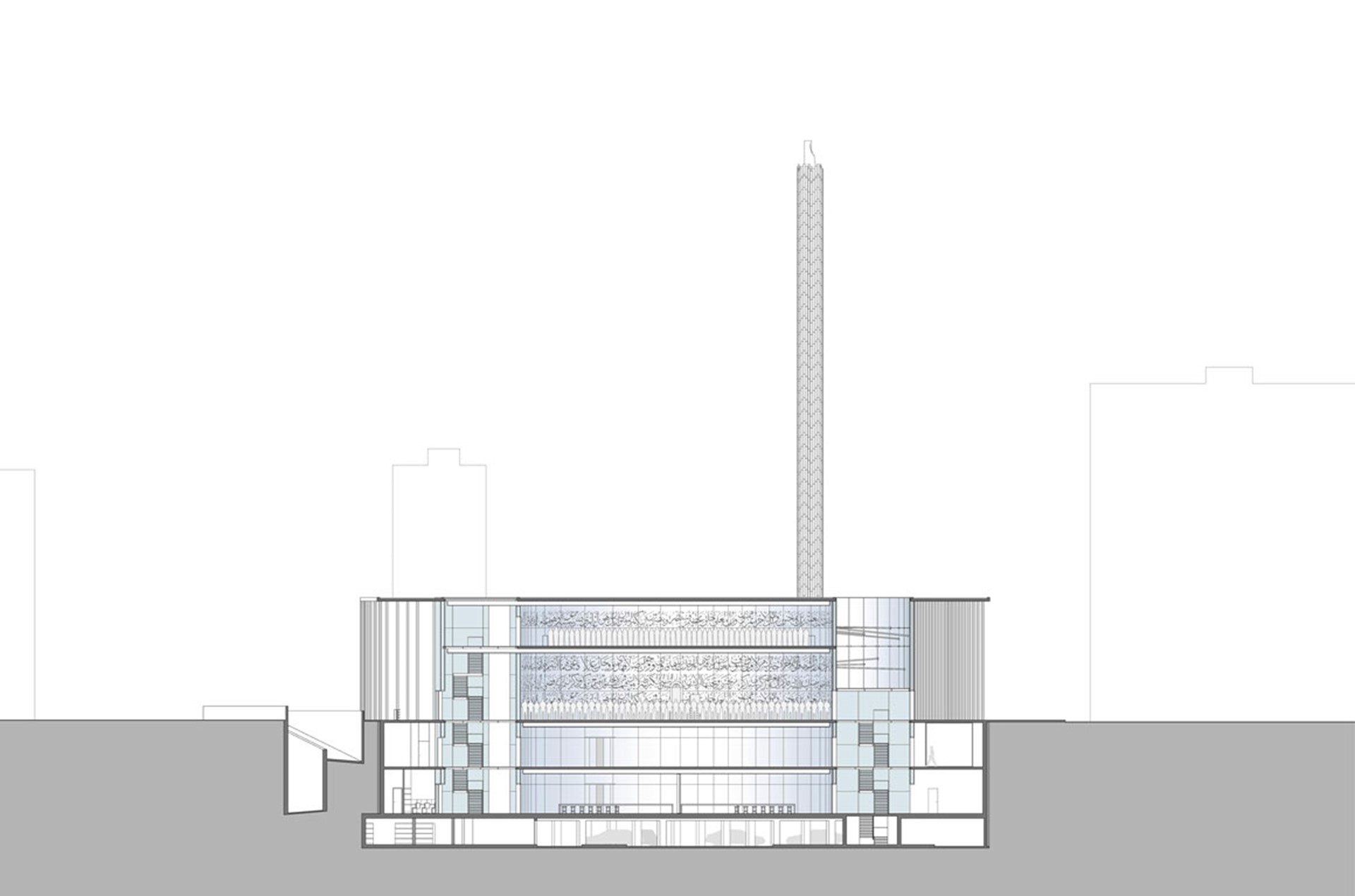 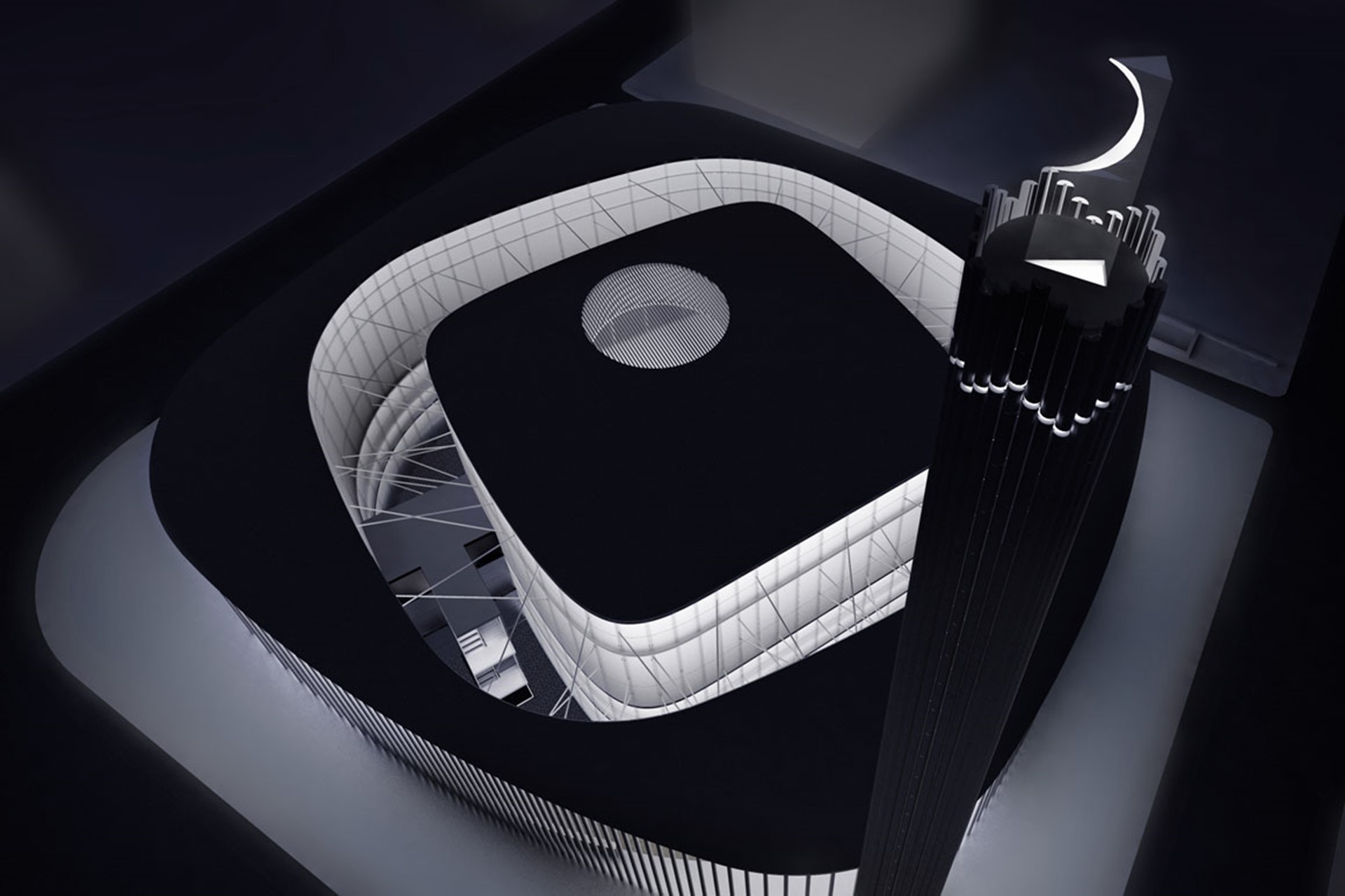 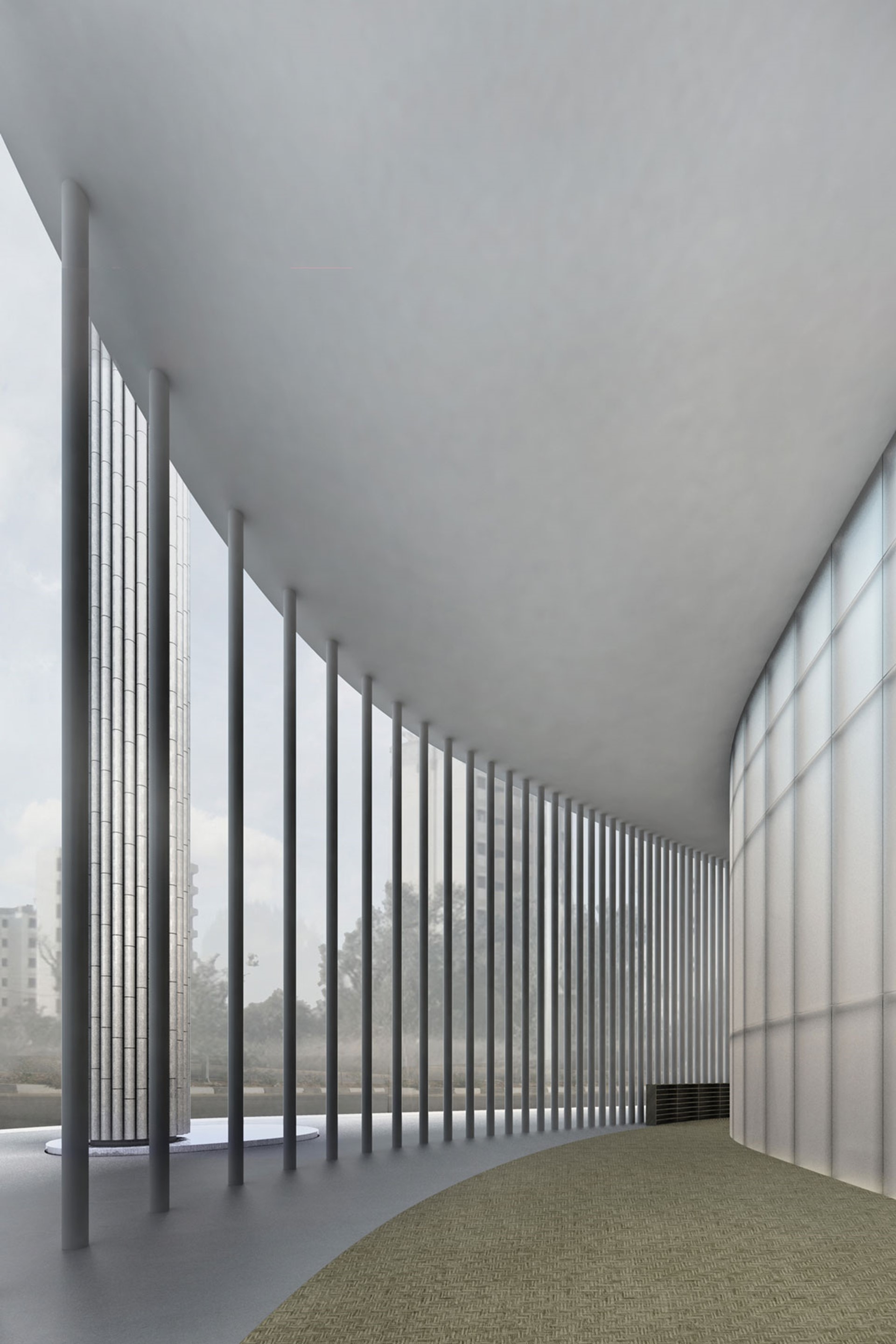 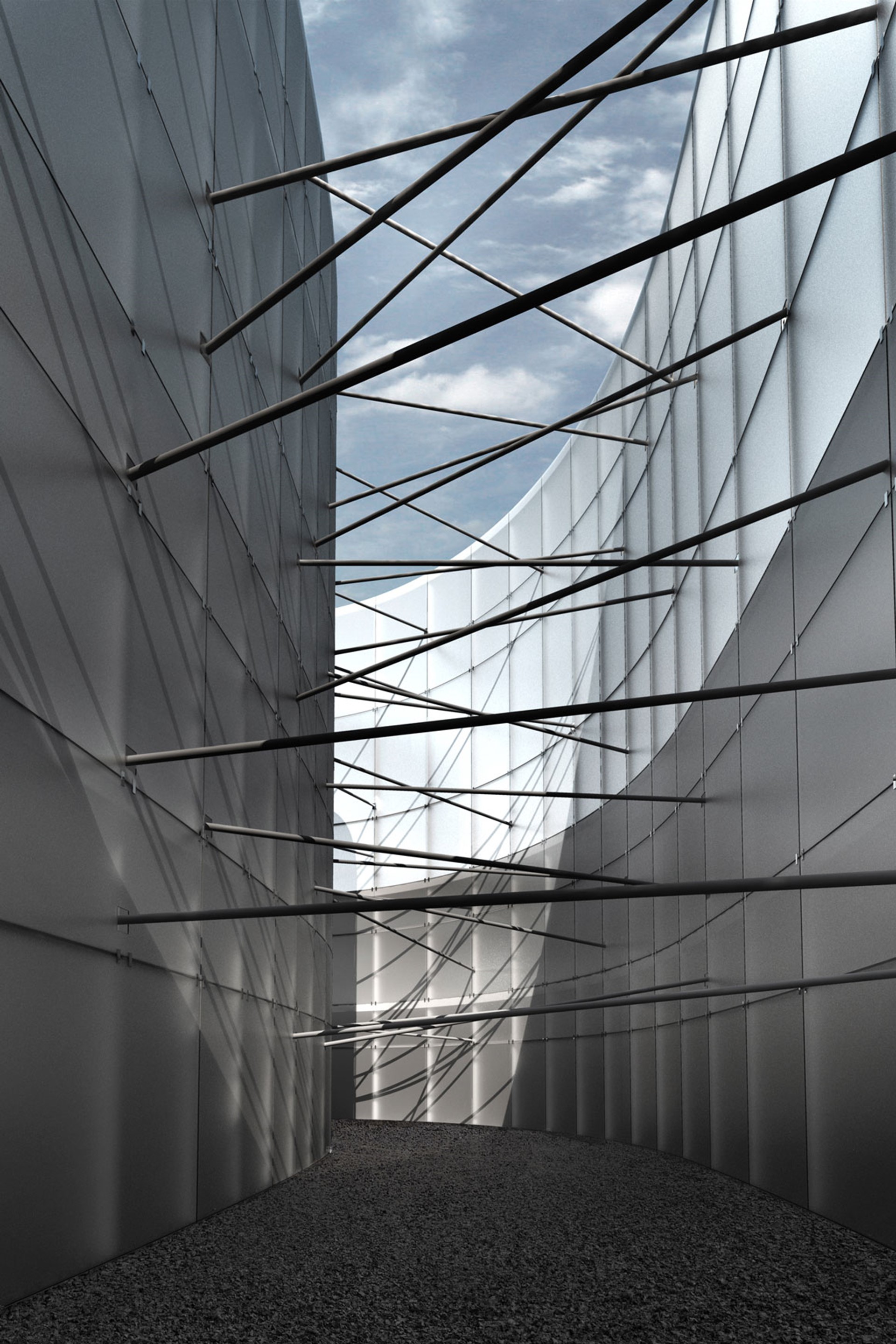 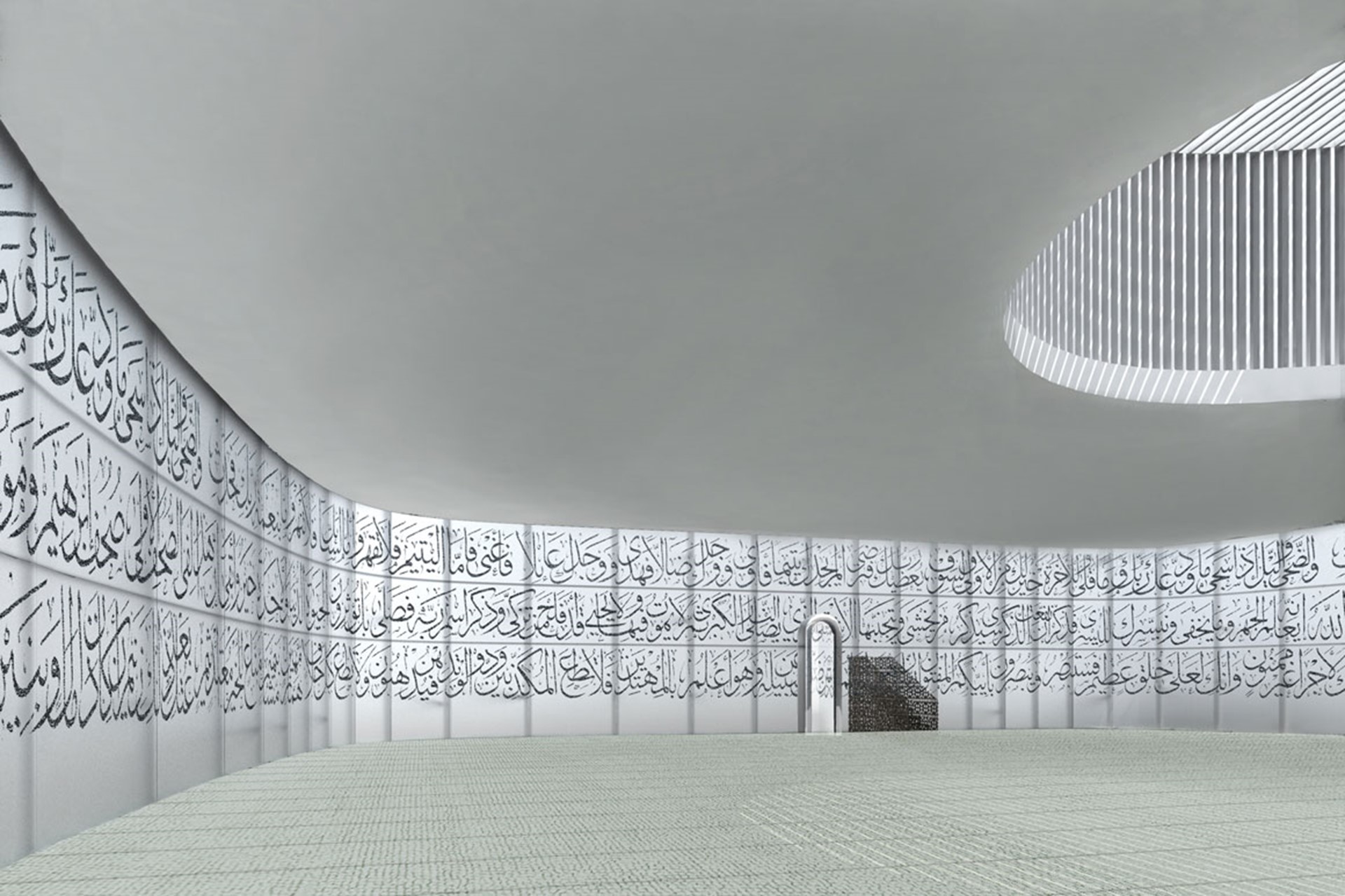 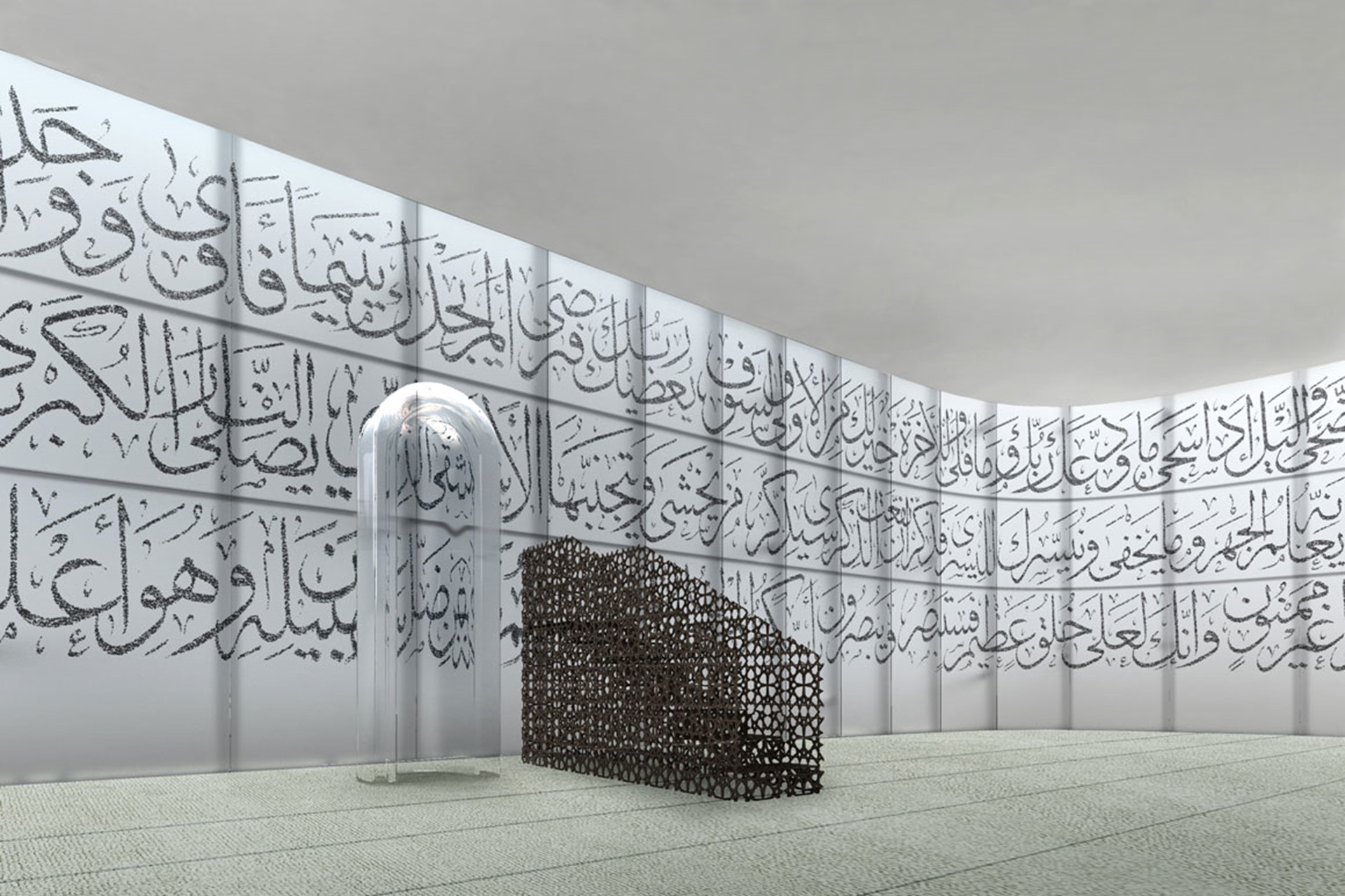 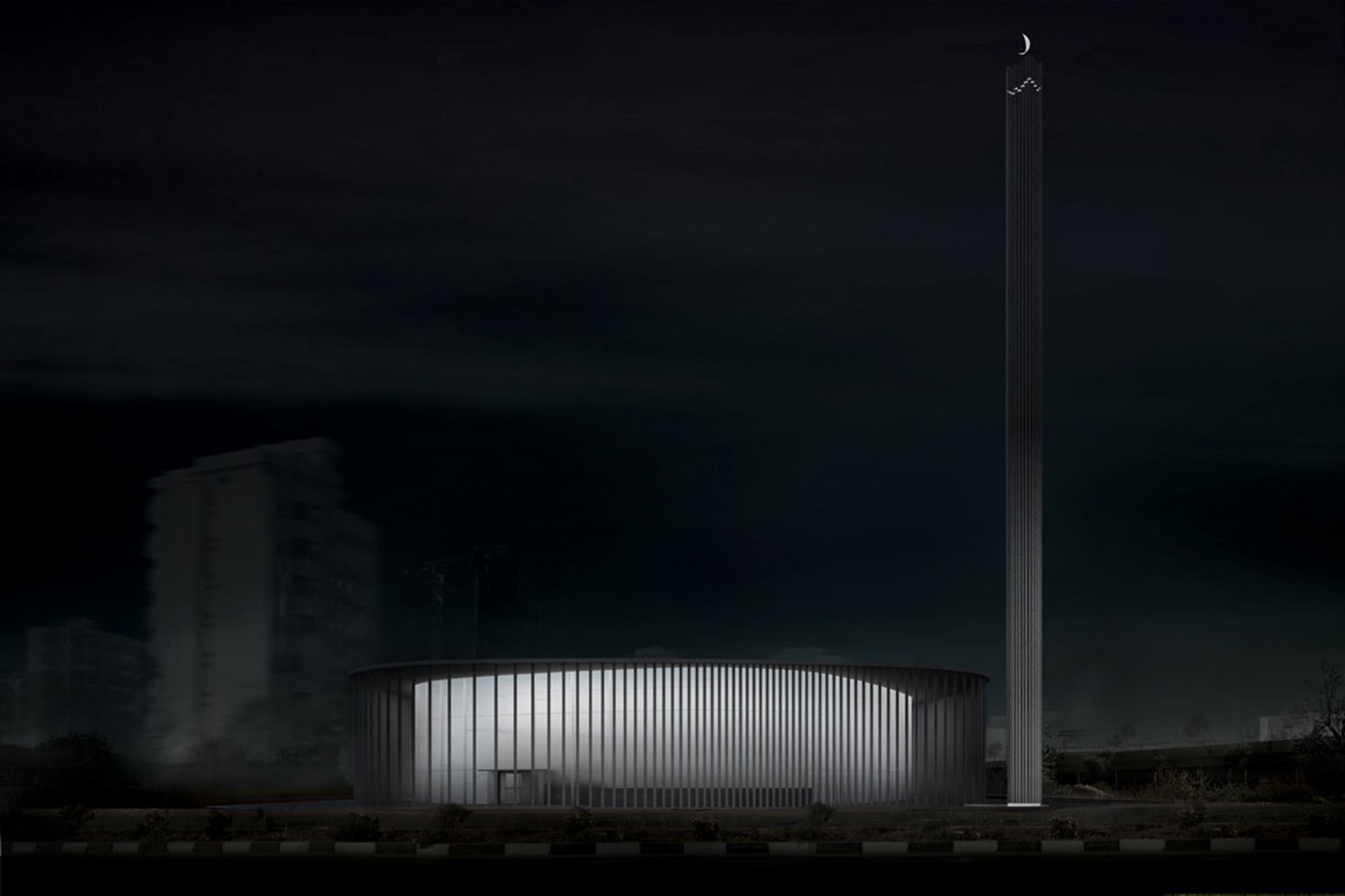 The intent for this religious complex was to create a series of spaces that would convey a sense of openness and connection to their surroundings by drawing in light.  The idea explores different types of apertures and their effect on the materialisation of the built form: horizontal and vertical, partial (filter-like) and complete. Further, it investigates how light can be used to evoke a sense of openness and connection in the absence of transparency. As a result of the problematic position of the site in relation to the Qibla, the plan employs three distinct spatial layers. These layers progressively rotate in order to link orientation of the site to that of the Qibla, traditionally occurring in denser urban fabrics in the form of poche. Accordingly, the outermost space, or ring, is built along the orientation of the site, while the innermost faces the direction of the Qibla. The intermediate ring mediates between both geometries, and is conceived as a courtyard and a light well for the functions located below ground level. Moreover, it is also the structural element that holds the complex together. The project design is intended for a dispersed urban fabric. Although its scale, spatial character and expression are drawn from certain features of the context itself, they have been combined in a manner that generates a particular autonomy which is specific to the context of a suburb.