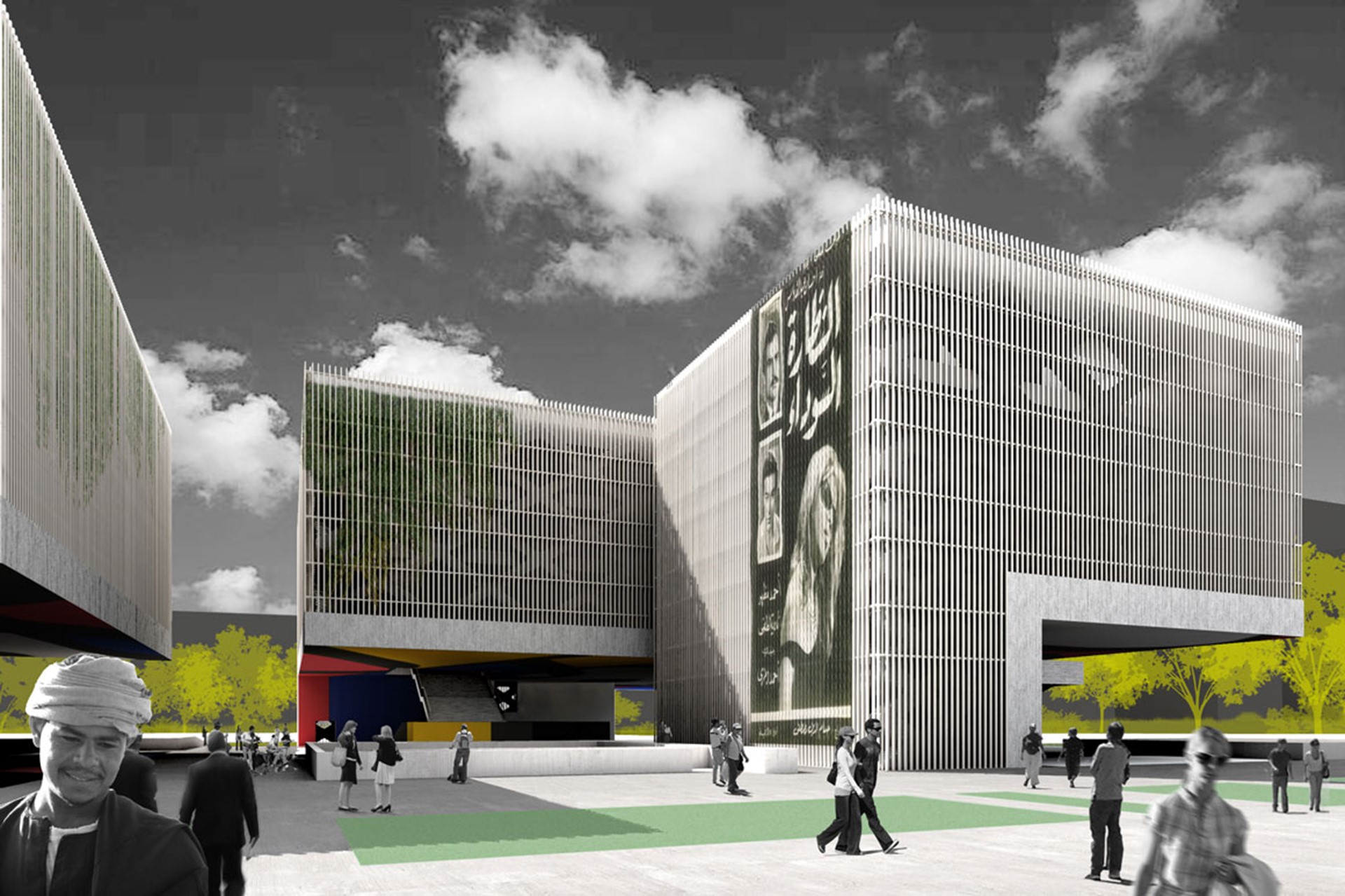 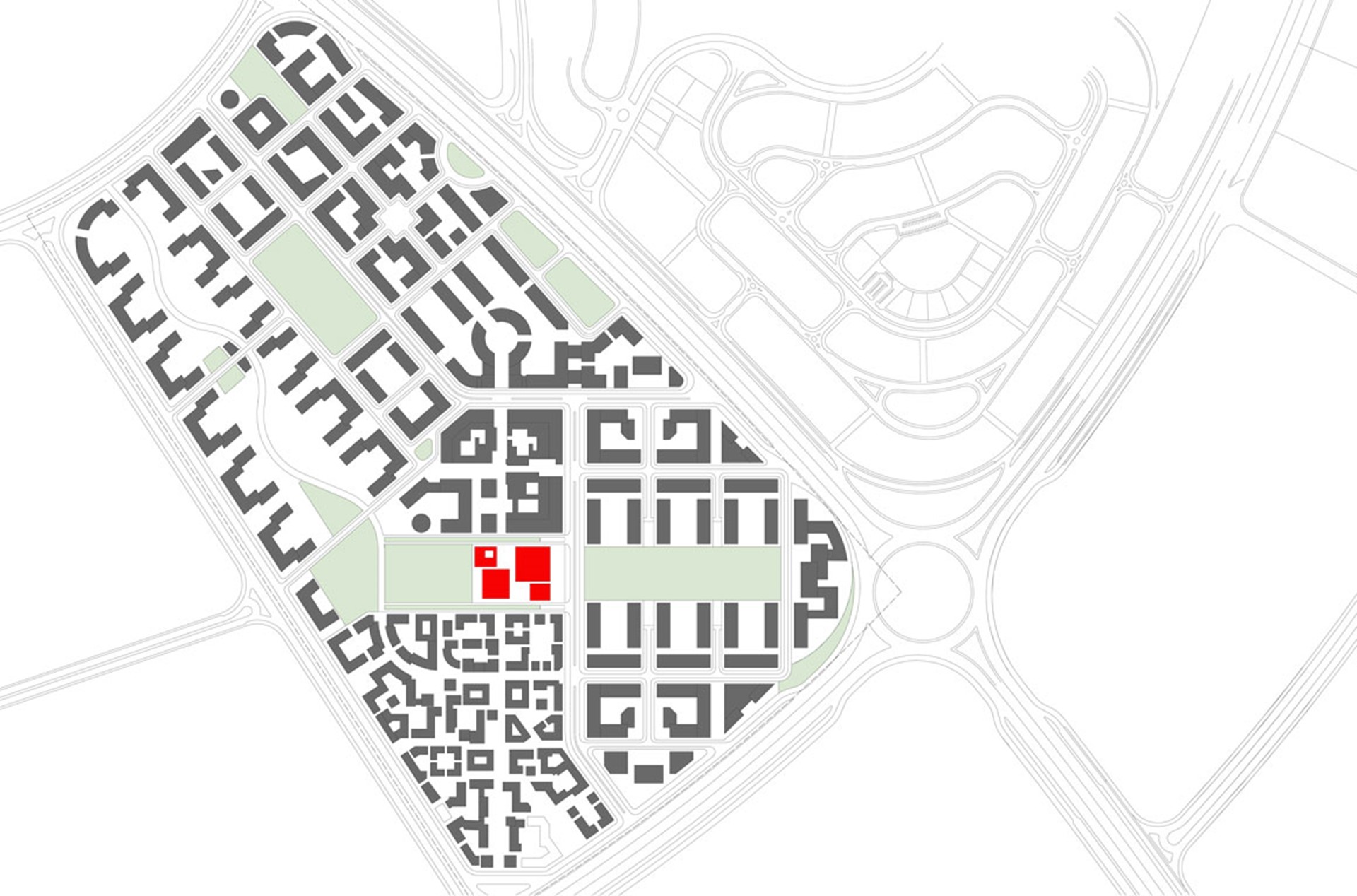 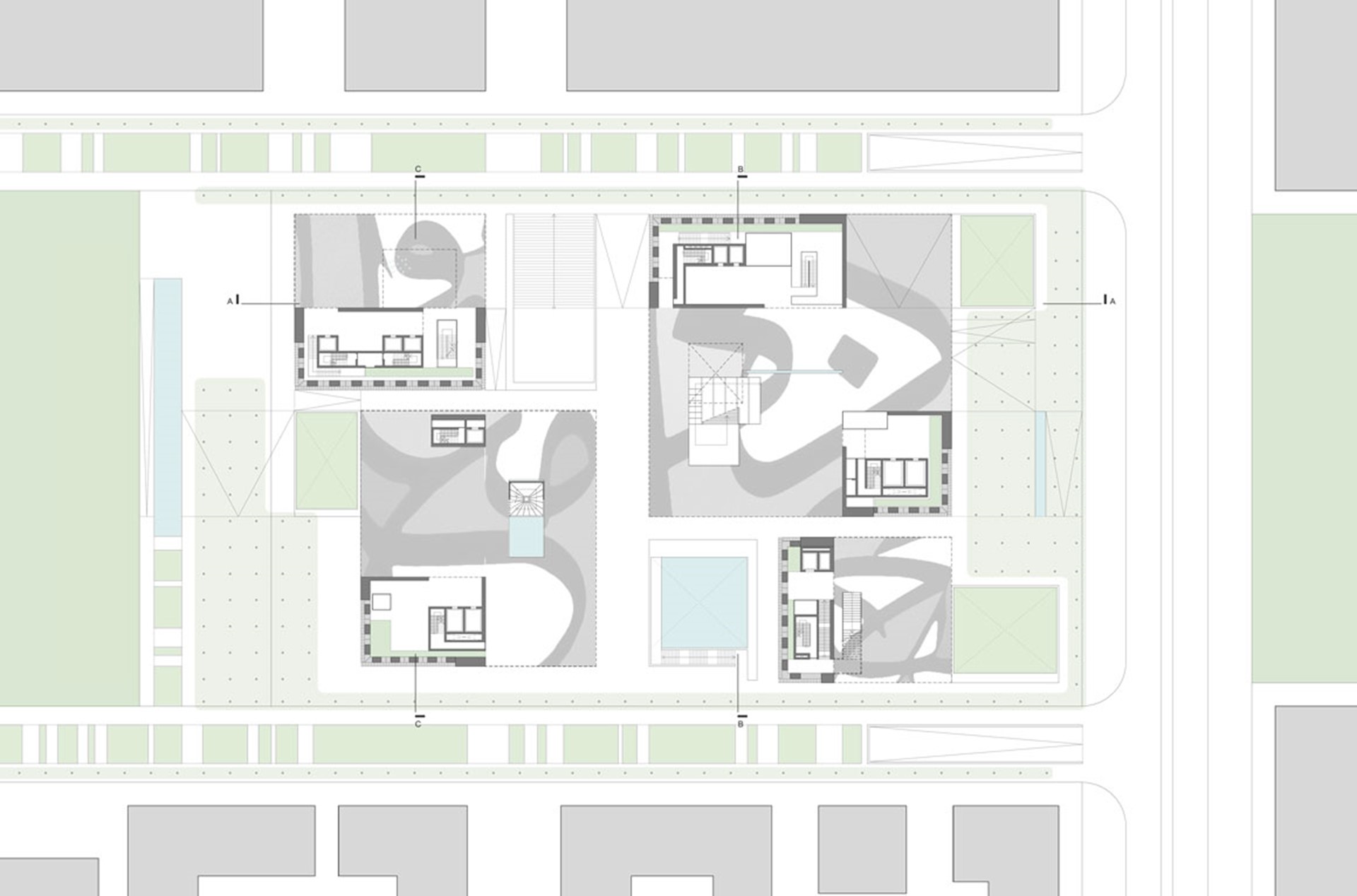 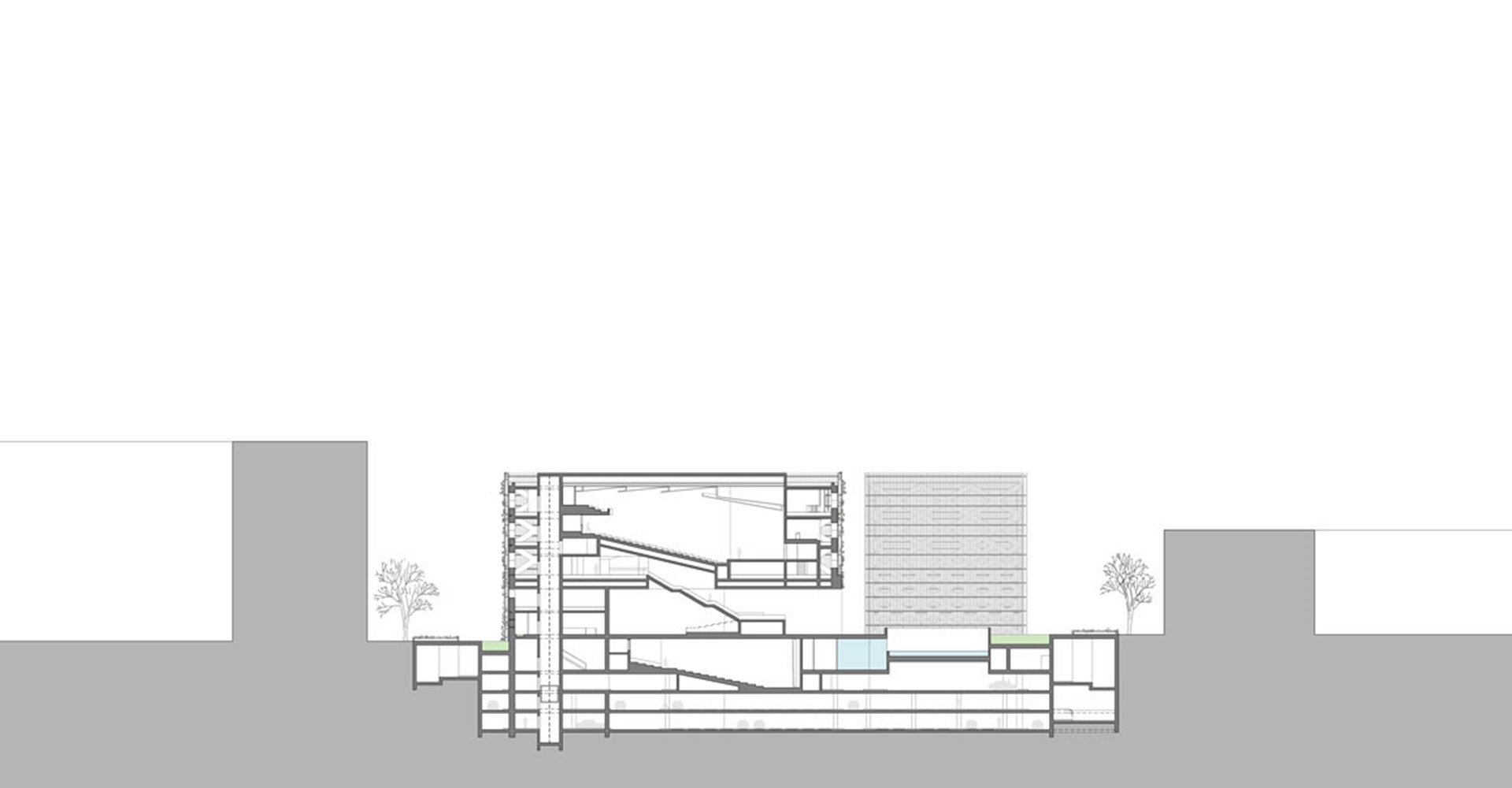 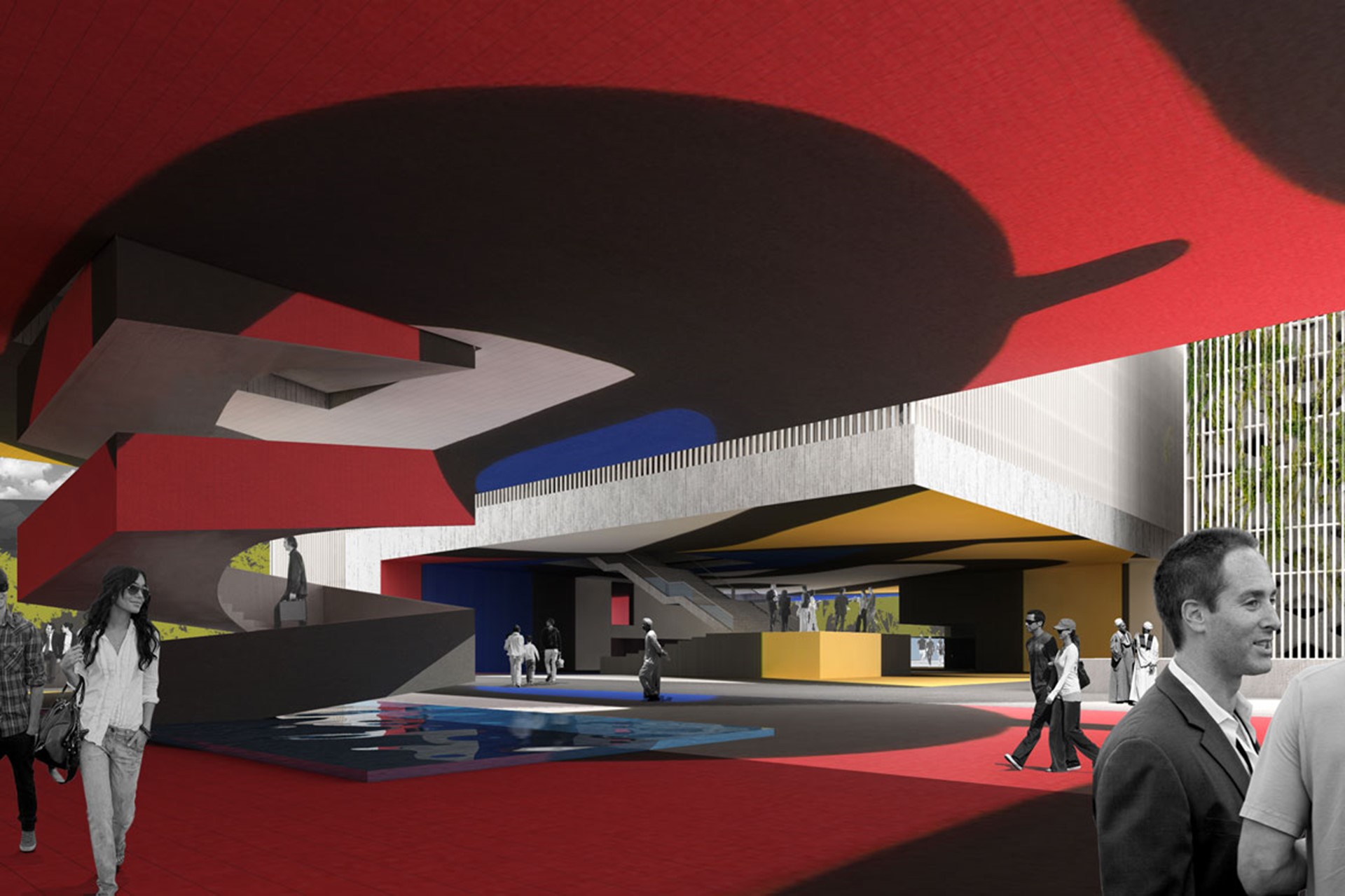 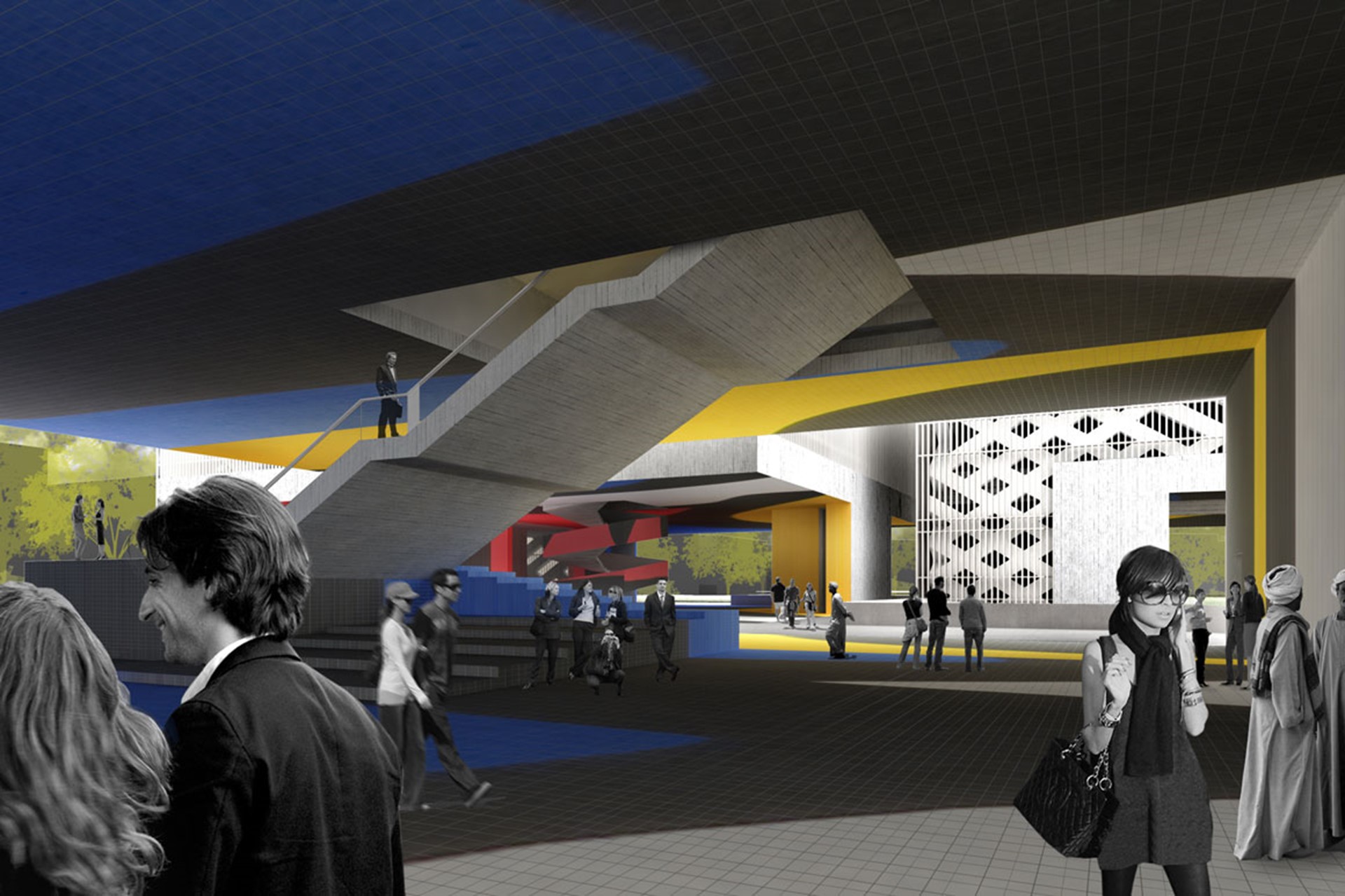 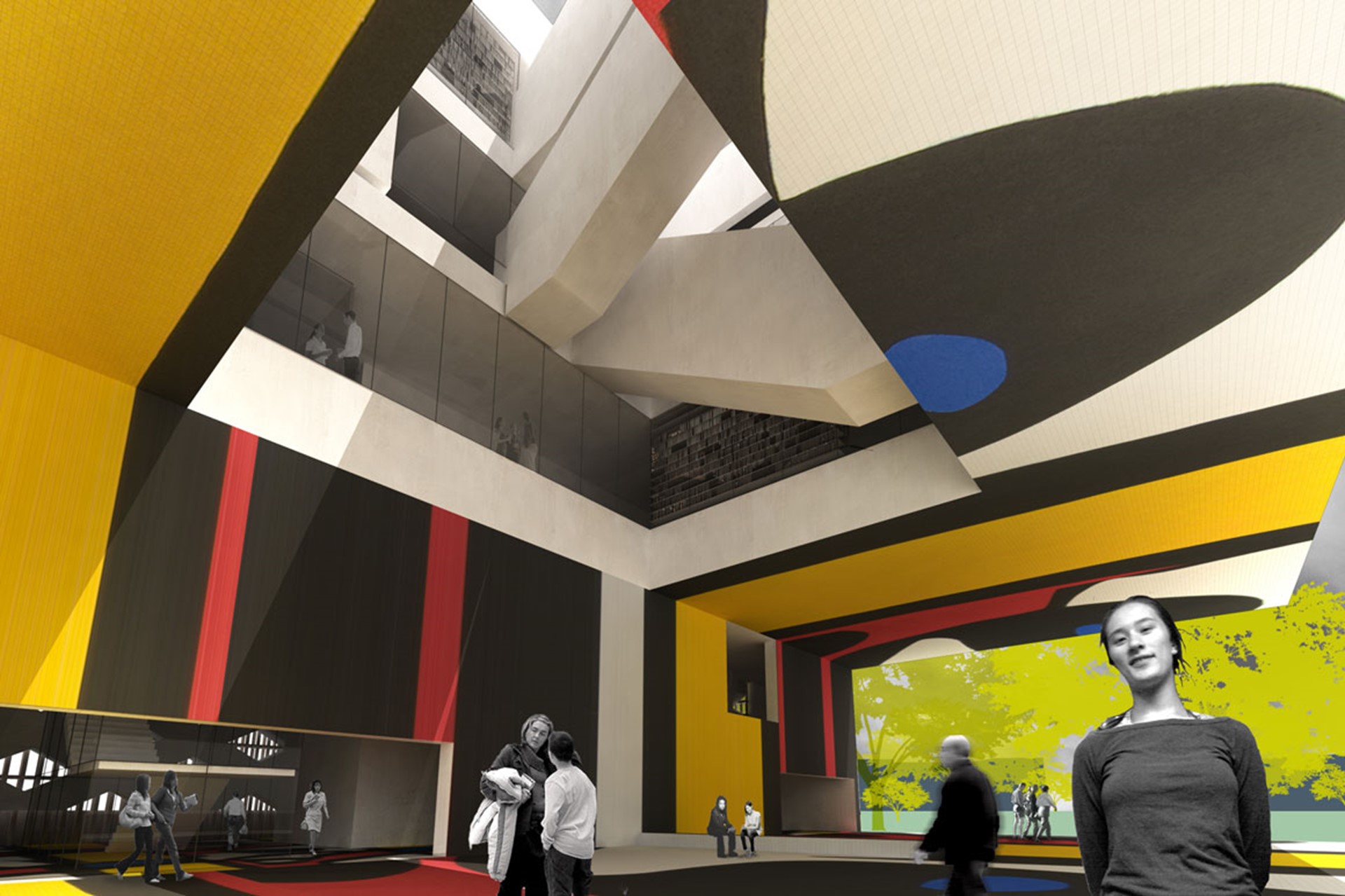 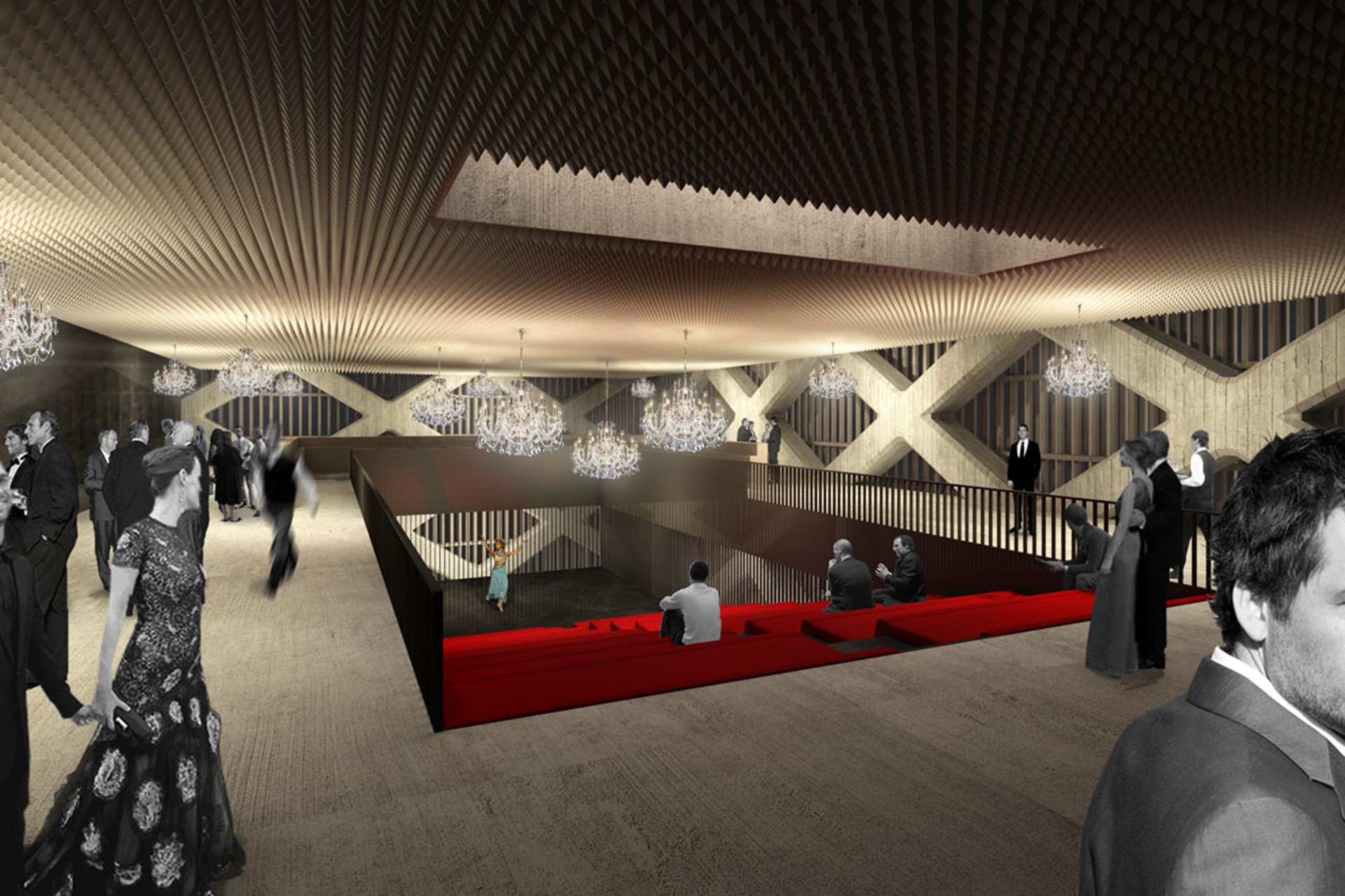 This project is located in Eastown, an urban centre development proposed for the periphery of Katameya in Cairo. The project is composed of four structures positioned to filter the green spaces of the “garden spine” (east-west axis), and the public element of the “urban spine” (north-south axis) through the site. Each of the four structures has been elevated 7m above ground level to invite pedestrian movement and transparency along both axis, and to produce a series of covered “urban rooms” within the block. While the four buildings vary in dimension and orientation, they are rendered similar through consistency of structure, material and spatial typology. To achieve an uninterrupted, transparent, spatial quality on ground, the design approach was to utilise the long-span system of concrete trusses at the upper level perimeters of the structures. The urban rooms provide the setting for public gathering within the block, while the upper levels function as open-air territories housing a variety of events and programmes. Although these programmes are thematically related, they vary in degree of enclosure, climactic control and programmatic delineation. The effect of this temporally, varying programmatic “openness” is one that ties the upper level spaces and experiences back to the urbanity of the city – building an analogical street.

Project in collaboration with Kristopher Musumano