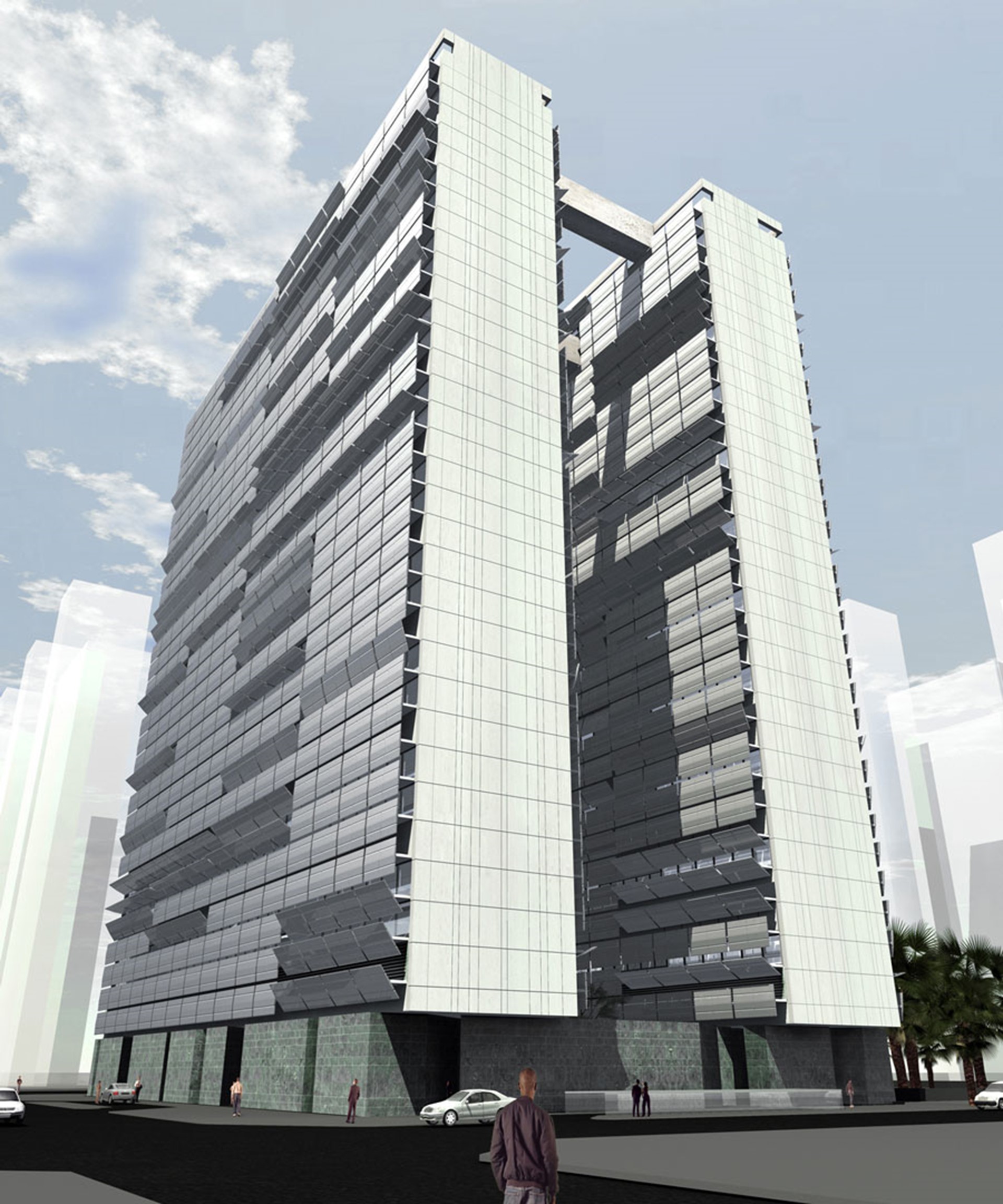 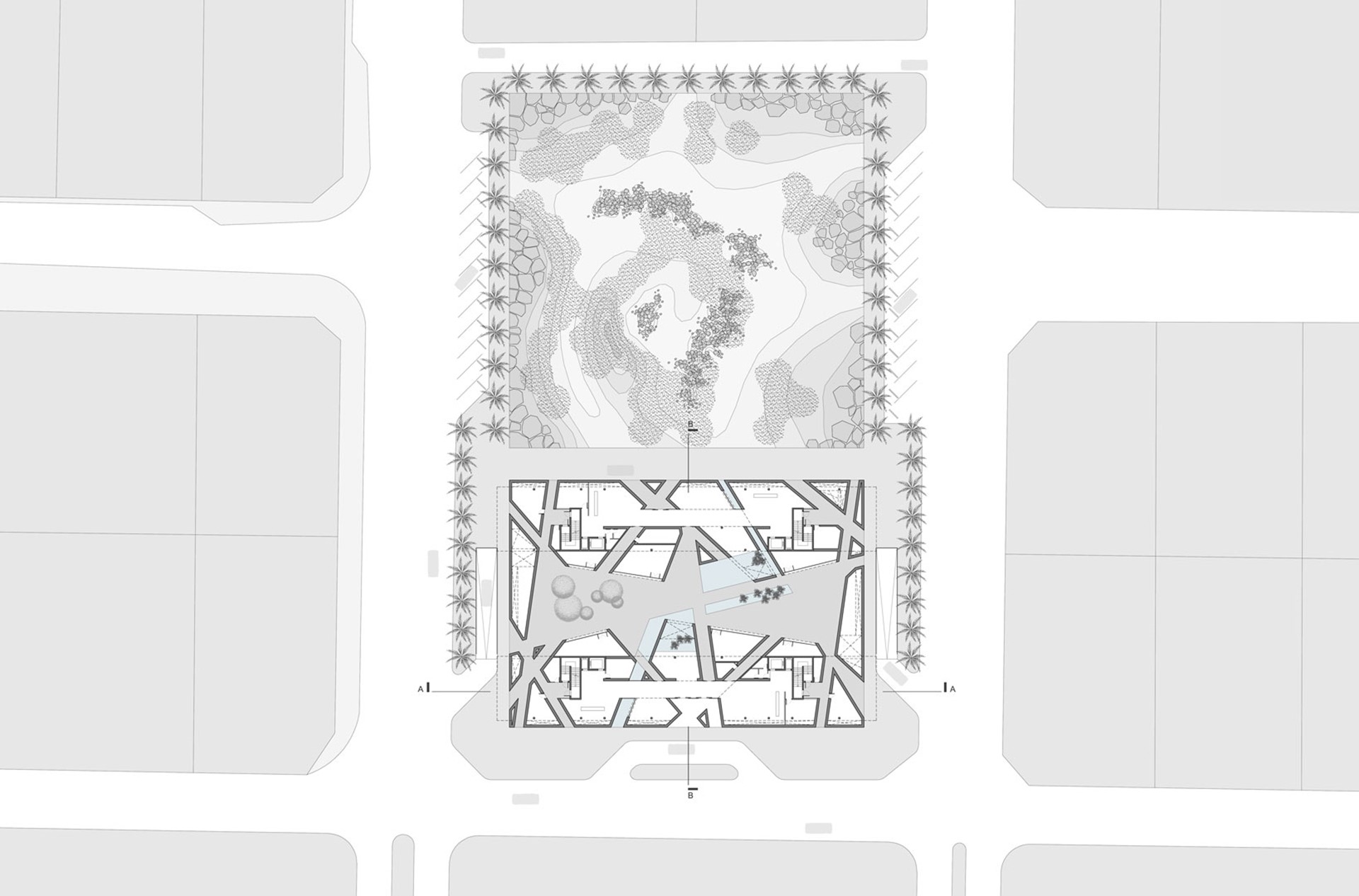 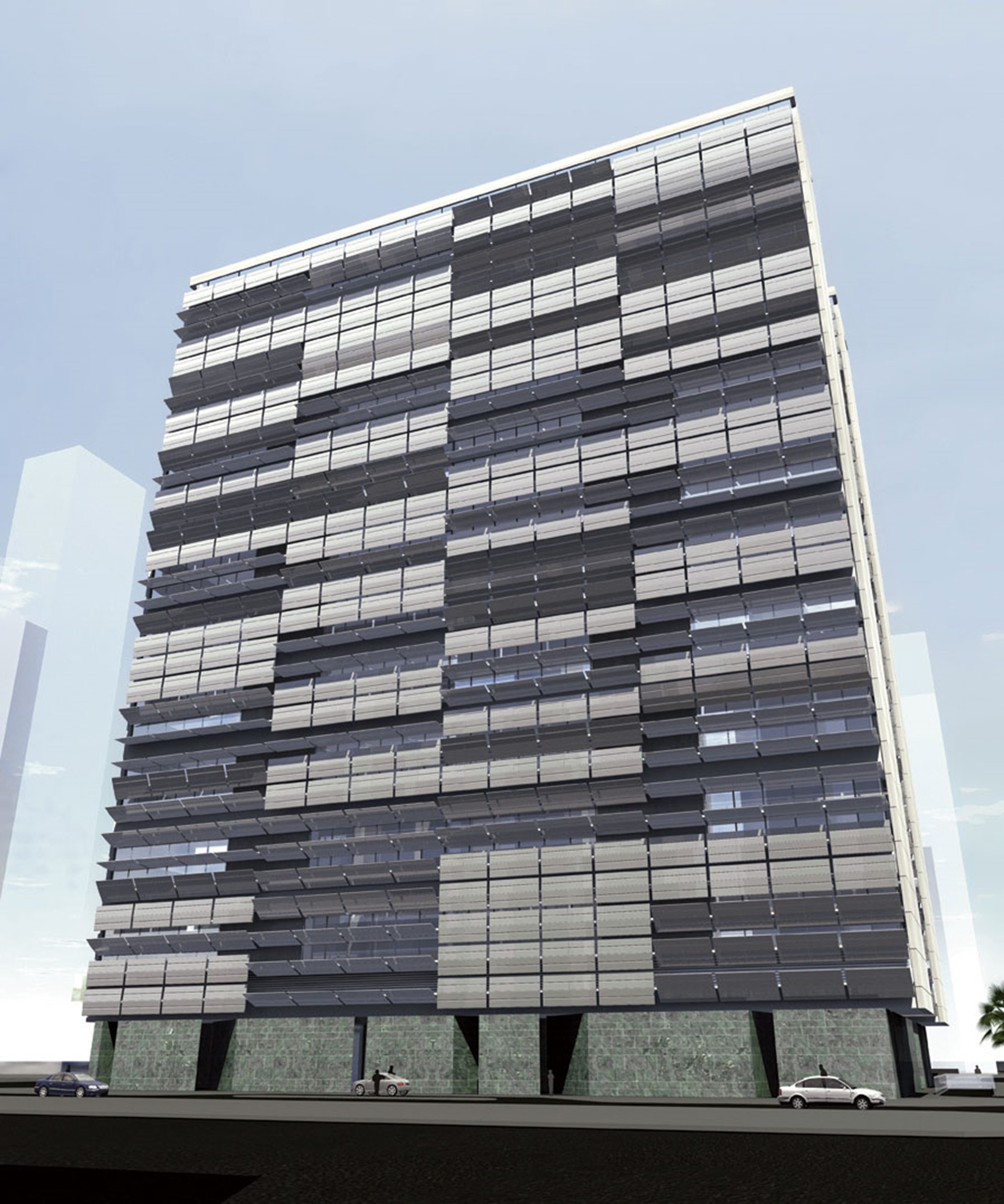 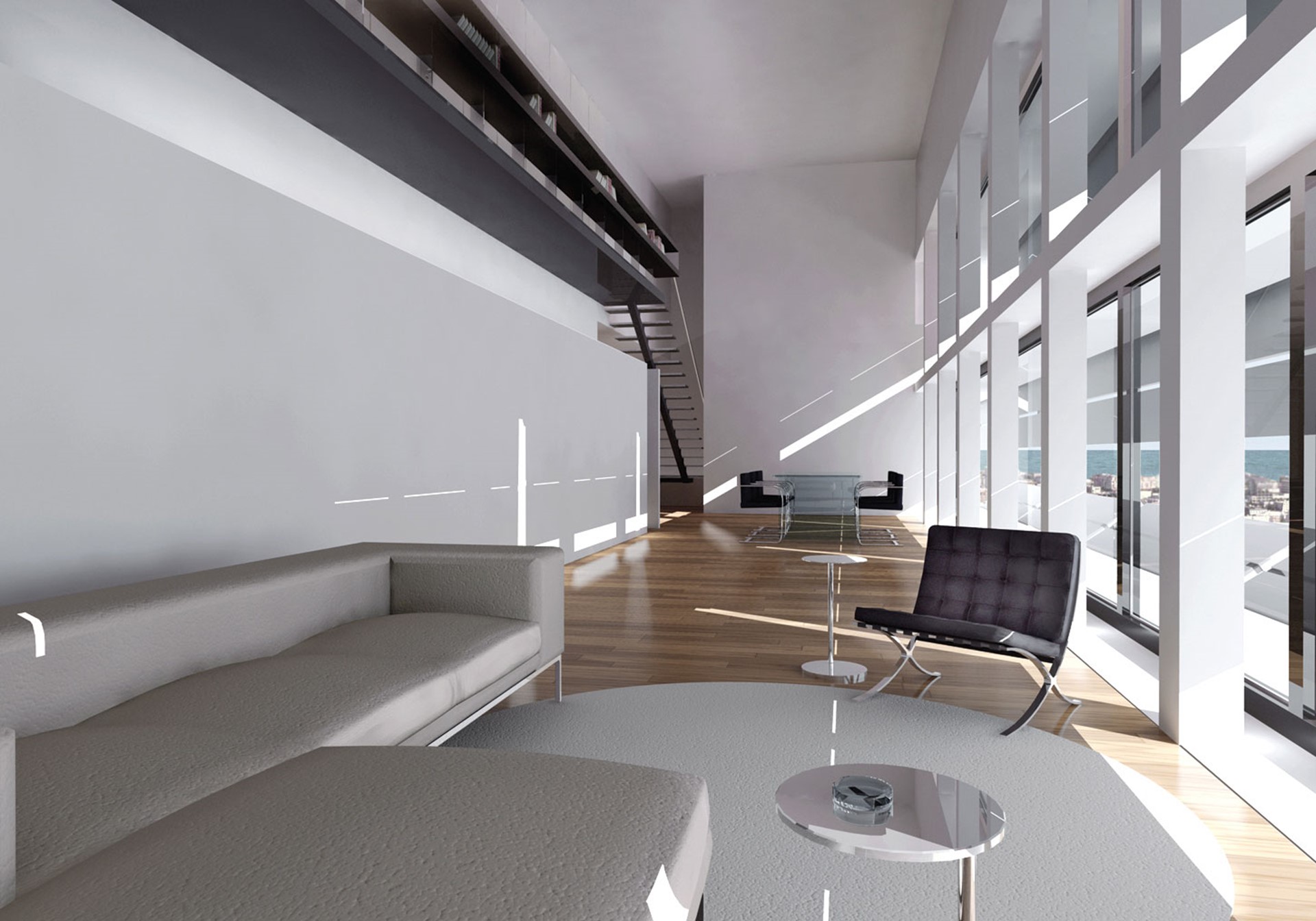 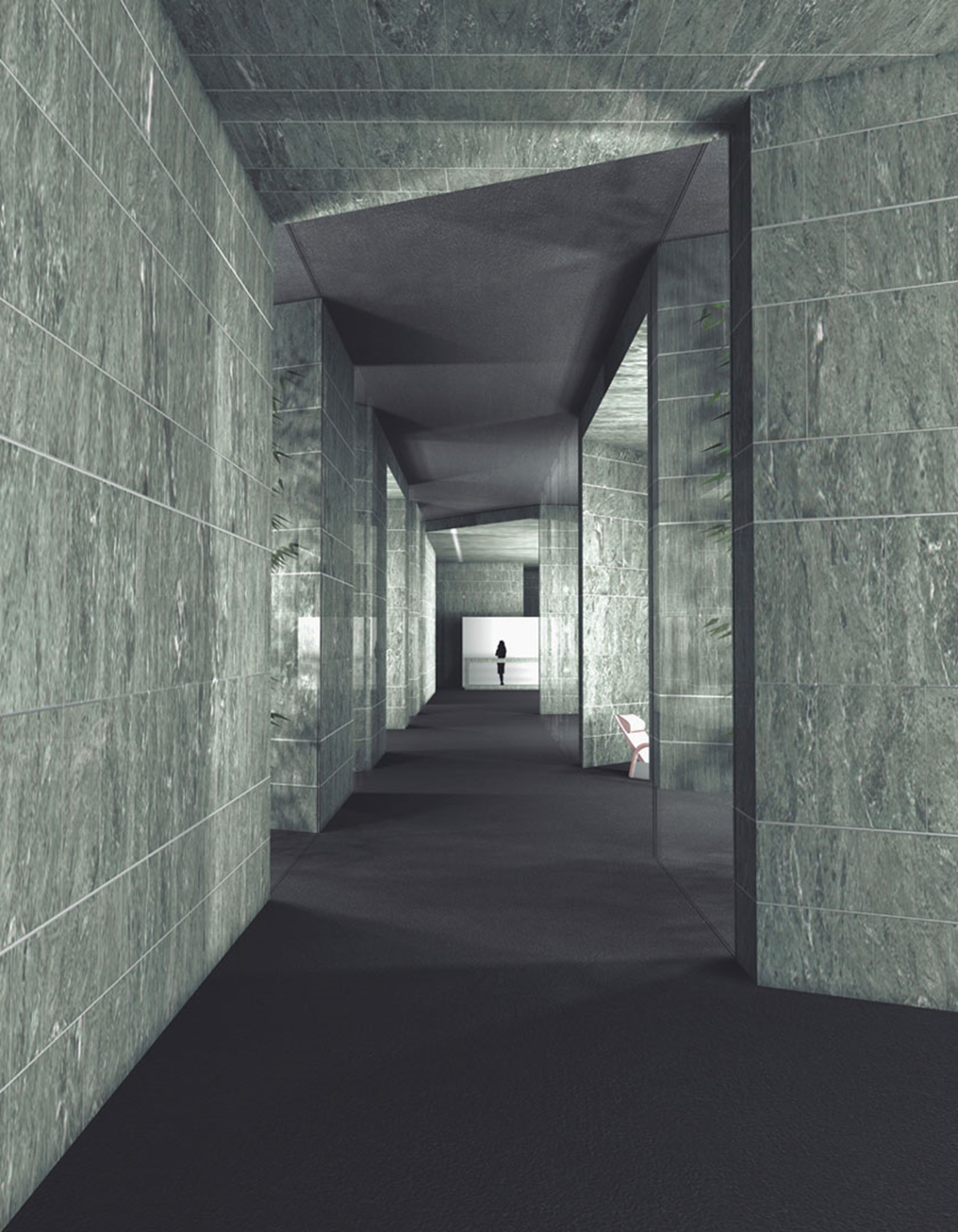 The project is a winning competition entry for a housing development in the district of Bneid Al Gar, Kuwait City. The design brief required the use of the loft-type apartment in a high-density configuration, in addition to designing a public space on an adjacent site to the north of the project. The design solution consists of two parallel apartment slabs placed on a solid base. The public space was proposed as an eco-park for arid climates, utilising indigenous plant species and planting techniques. The base consists of commercial space organised around a courtyard, residential lobbies and building services.

It is carved by a series of cuts that orchestrate connections between the adjacent streets, the building’s internal courtyard and the adjacent park. The nature of the marble clad base oscillates between a condition of solidity and transparency, which fluctuates according to movement and the disposition of the cuts. In contrast, the apartment slabs are rendered as repetitive, modular and crystalline. Their skin is conceived as a ventilated façade, composed of lightweight porous aluminum panels, functioning as a solar and thermal membrane. Each apartment independently controls the portion of the membrane associated with it, thus producing diversity within strict repetition.

Project in collaboration with Michele Gigante