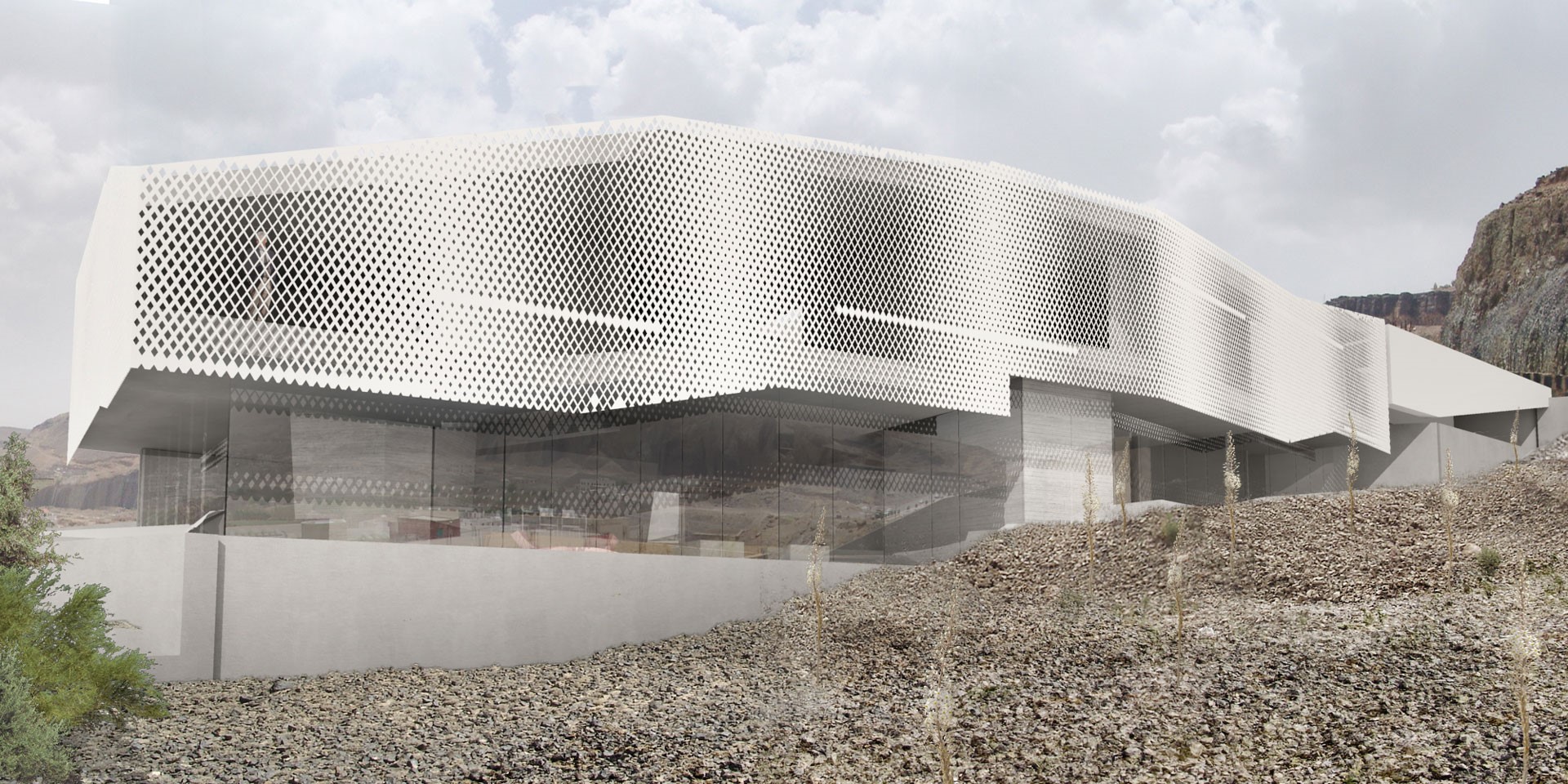 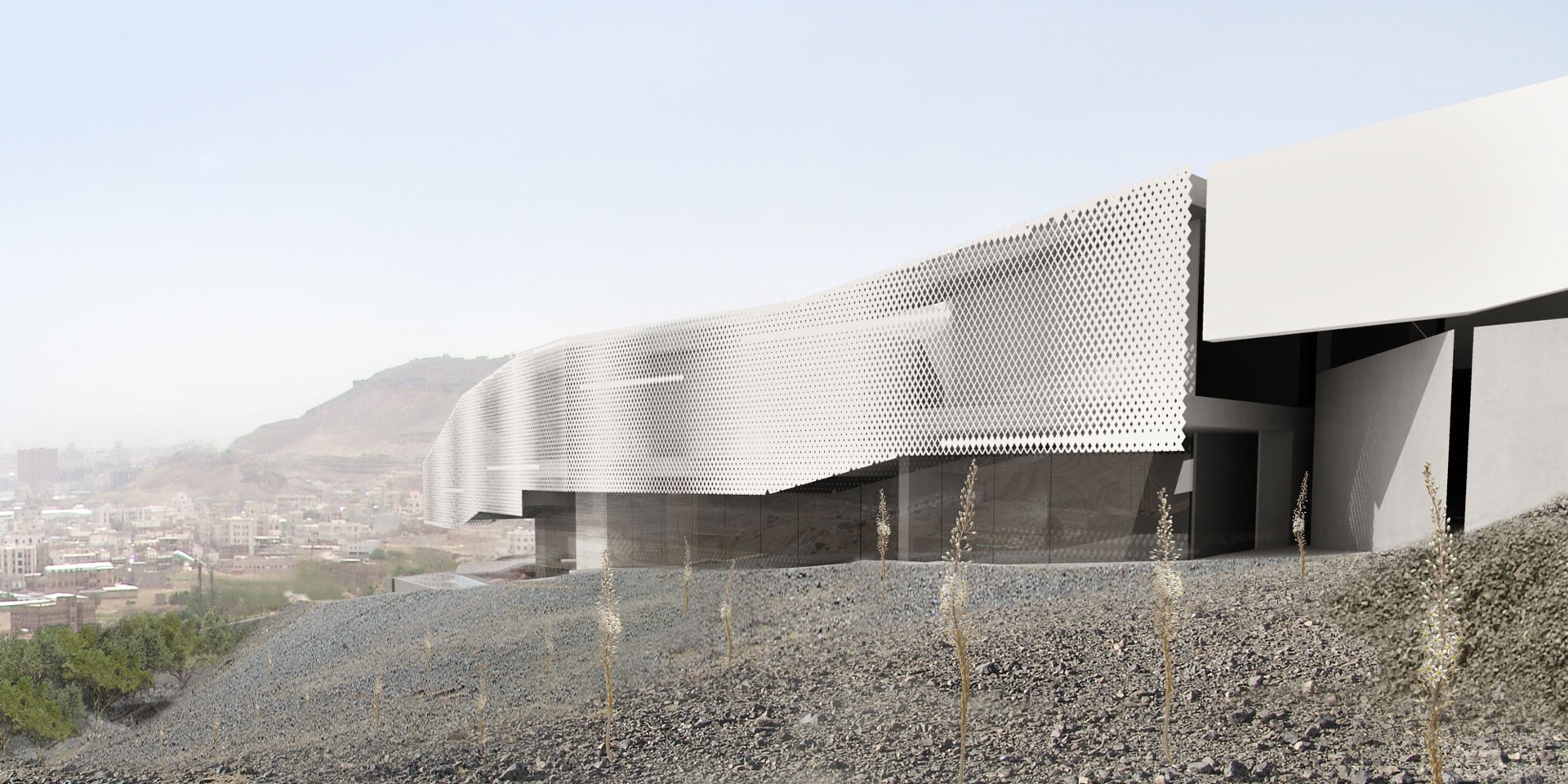 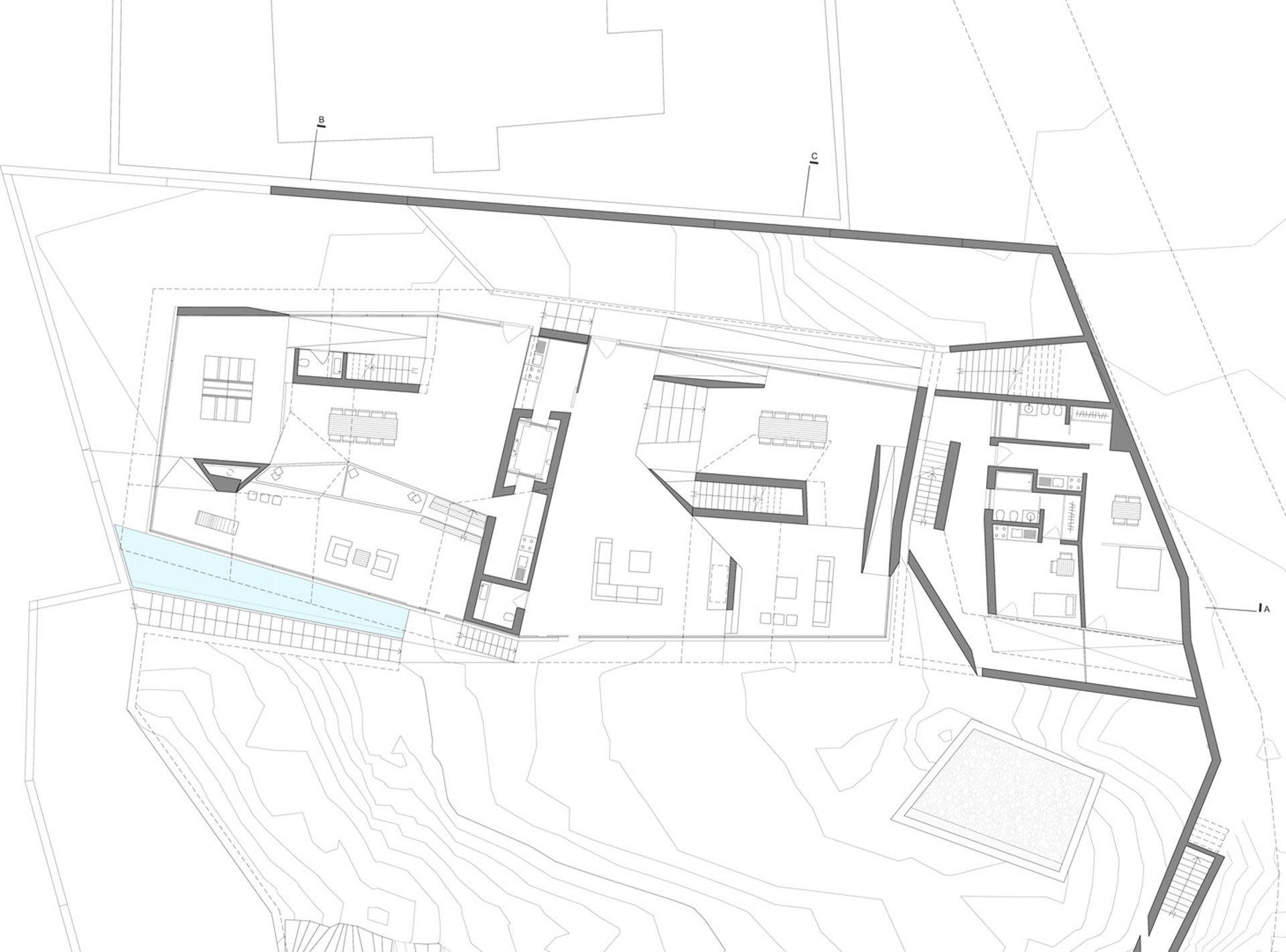 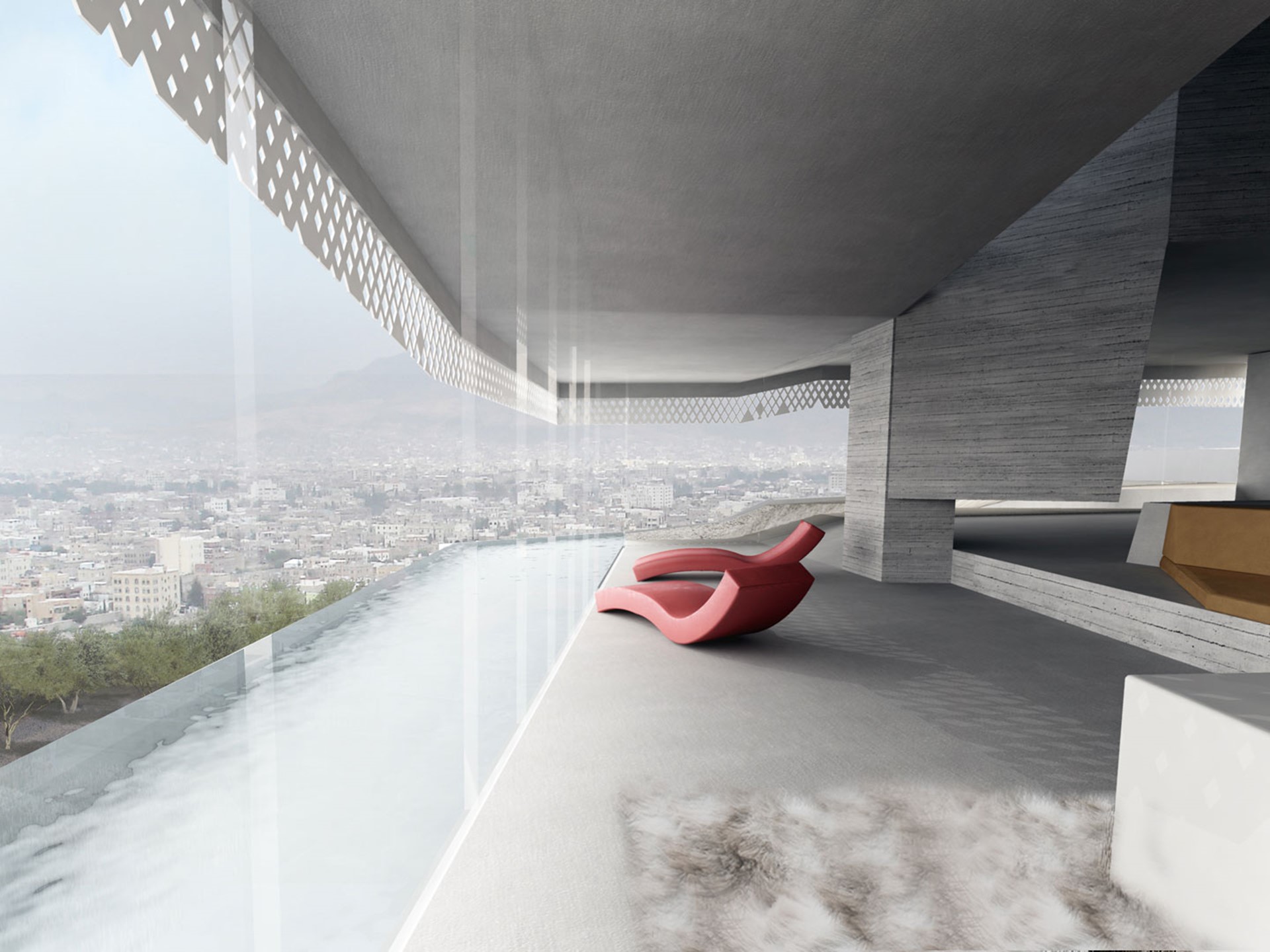 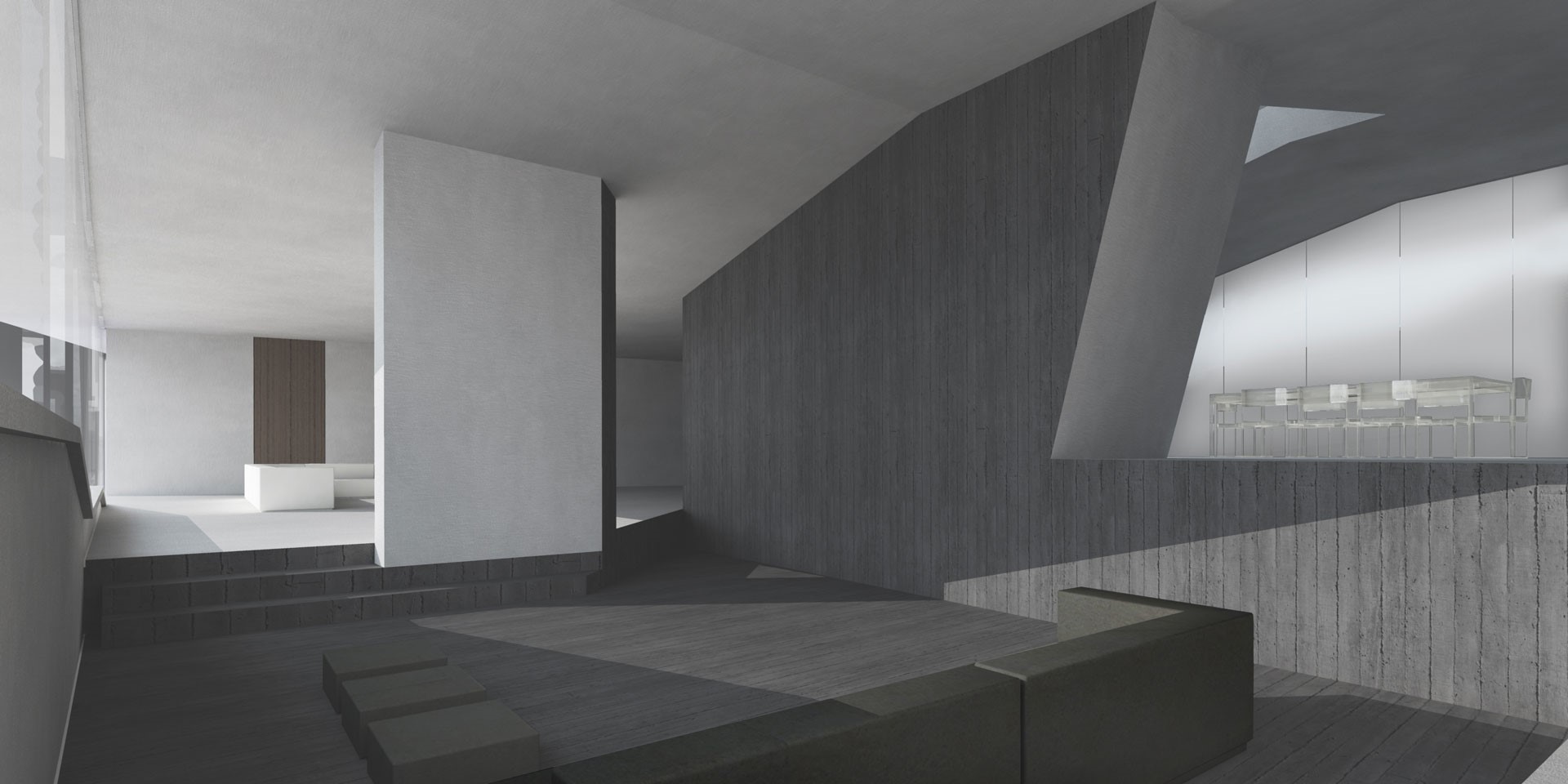 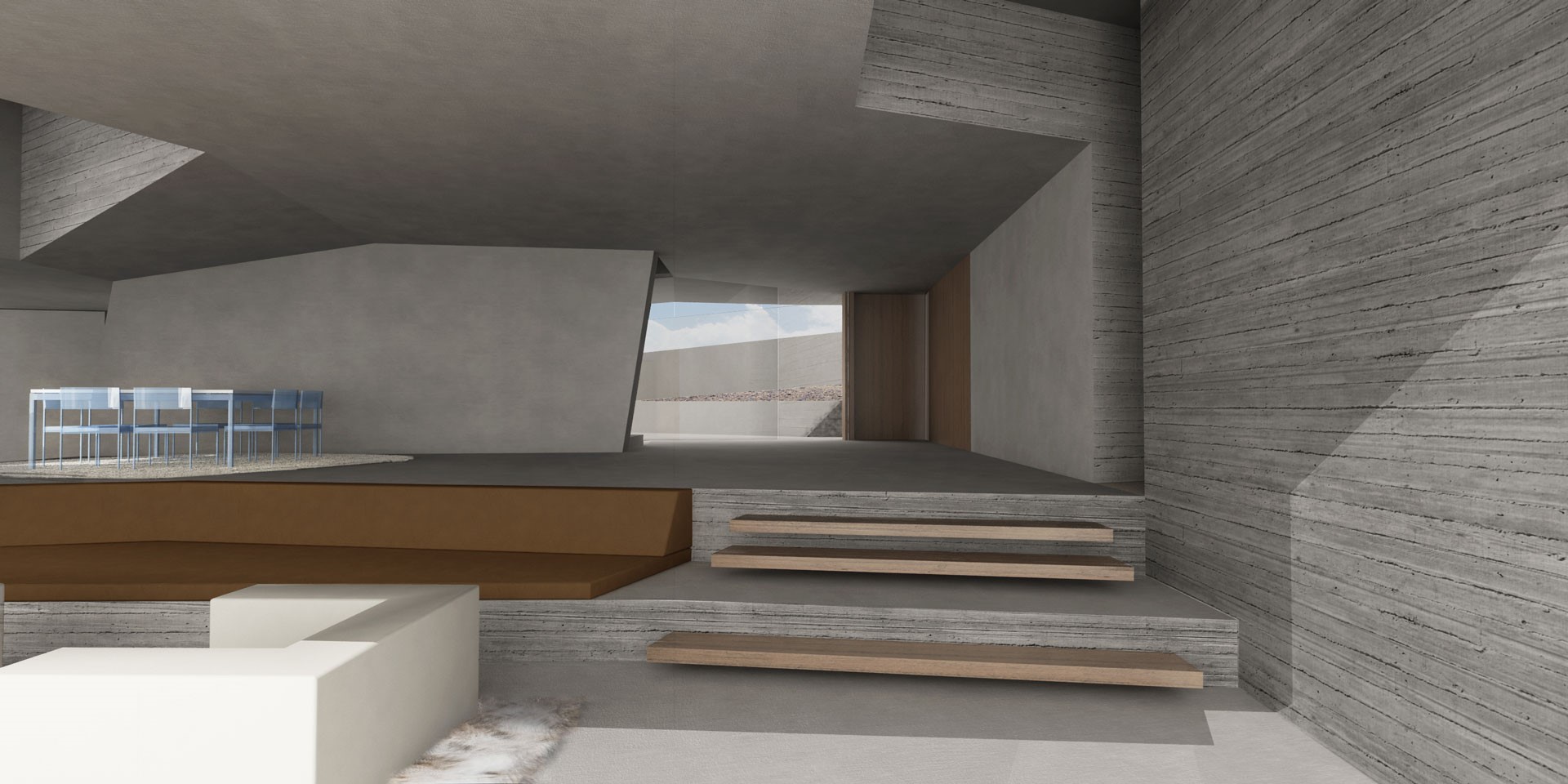 This project is a residential home for an extended family containing two houses in one structure. The mass of the building bends and breaks, following the topography. The levels of the two-storey house are expressed differently: the ground floor is more public and has a greater transparency, while the upper floor is rendered as solid and looks as if it is floating. The upper floor is clad with laser cut, white metal panels and appears as a type of membrane. The panel designs are derived from the decorative patters and motifs found in the textiles and architecture of traditional Yemeni culture. This perforated outer skin varies in terms of size and density which renders some parts more transparent and others more solid. The transparency is used at the windows to allow the space more light and clearer views. The structure of the house is supported by a series of structural elements and cores that also house programmes such as the stairs, the elevator and the fireplace, among other things. The plan of the house is divided into three parts. One part is connected to the street and houses the garage and the service areas. The other parts consist of the two horizontally aligned, self-contained houses which are separated by a linear structural element. This division also extends to the upper floors where the bedrooms are located. The house is made out of concrete and concrete becomes the expression of the interior, which gives the space a sculptured quality.