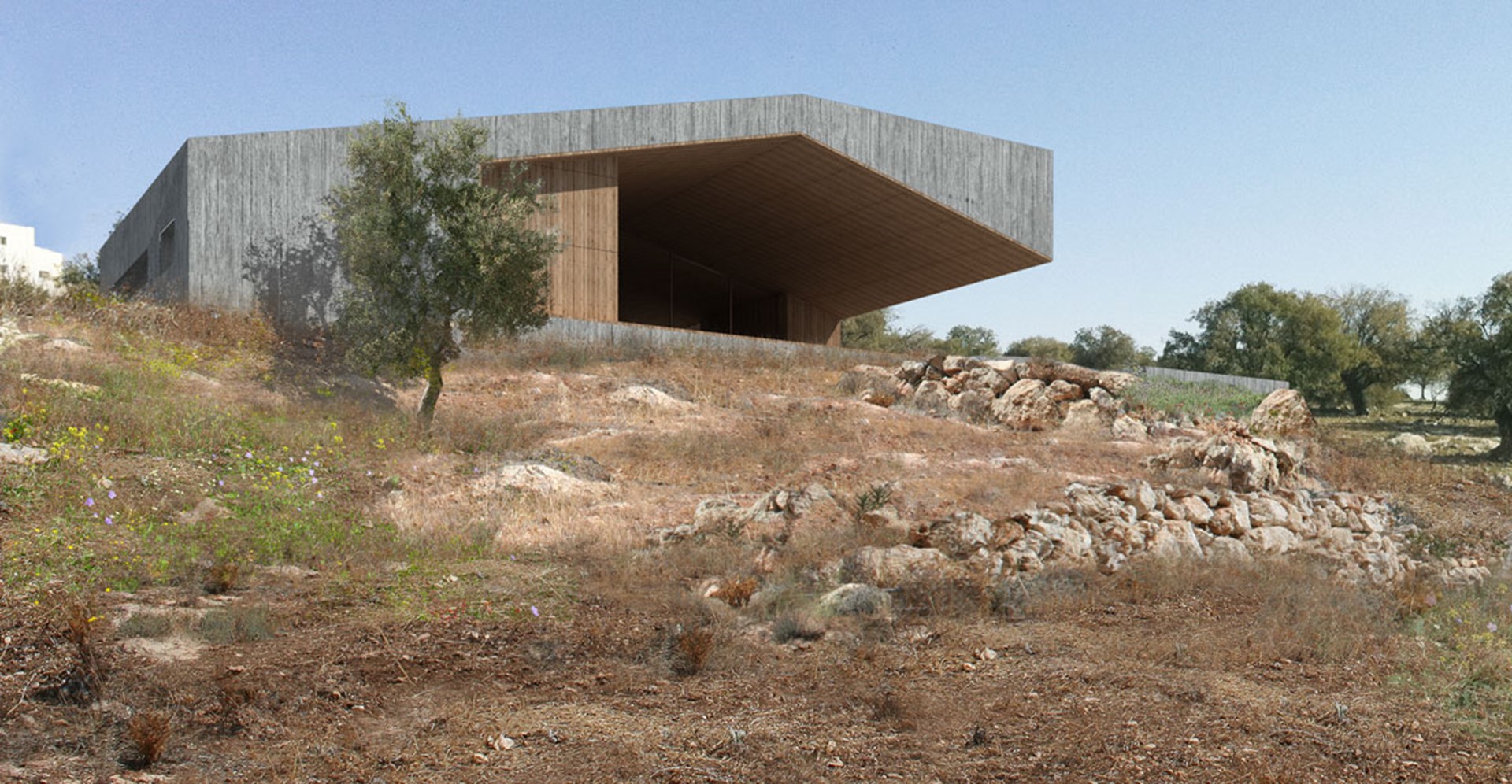 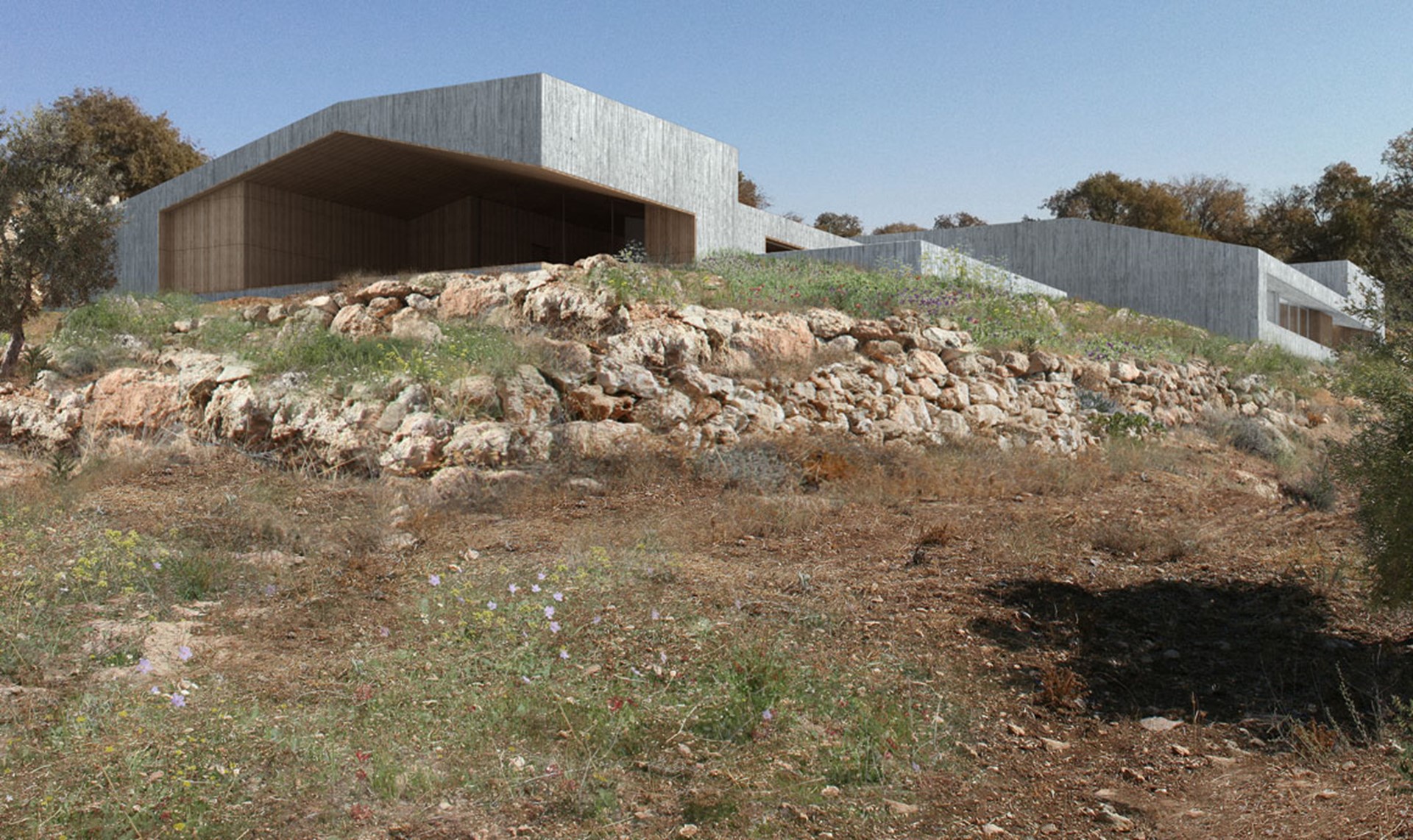 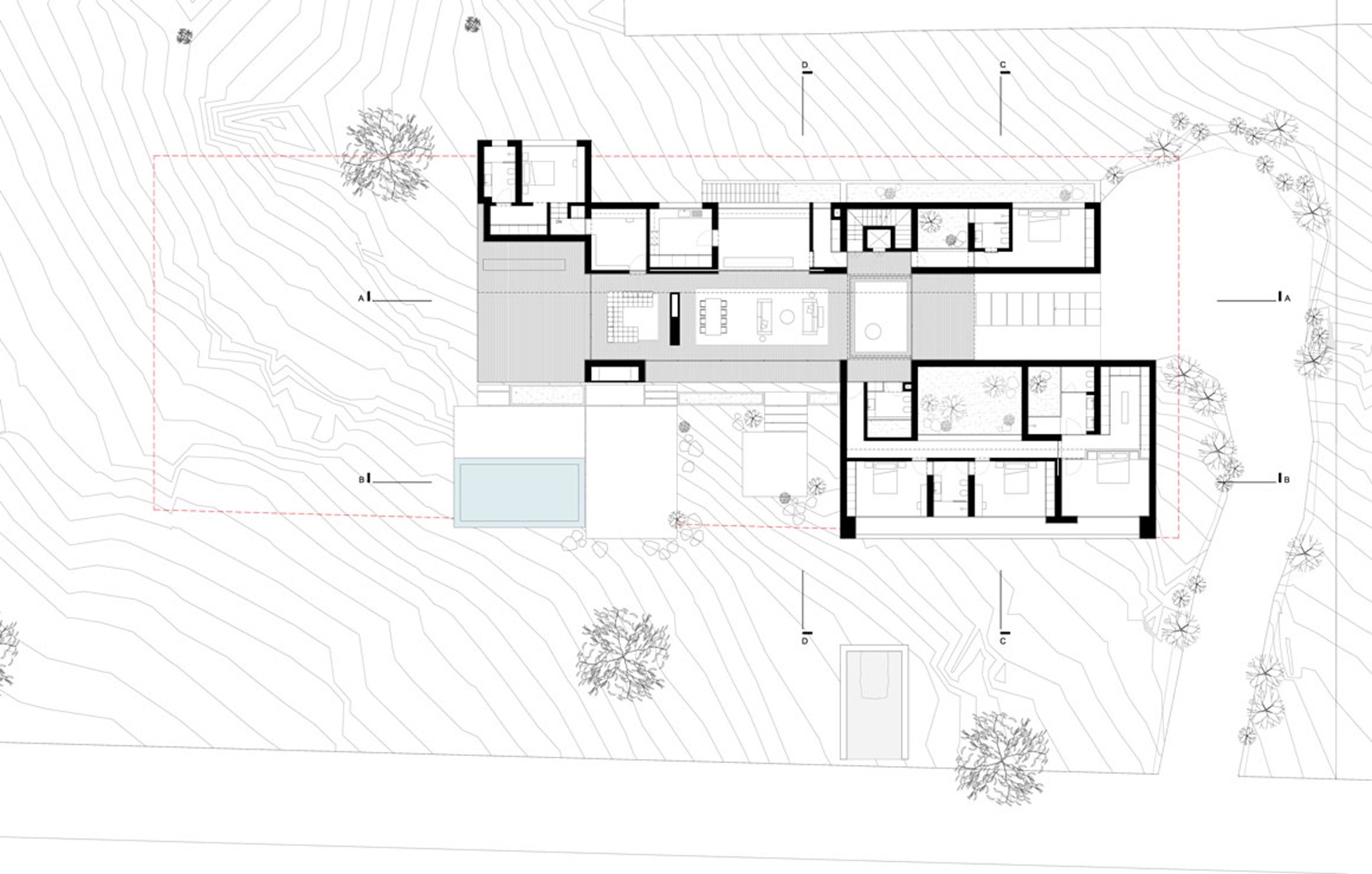 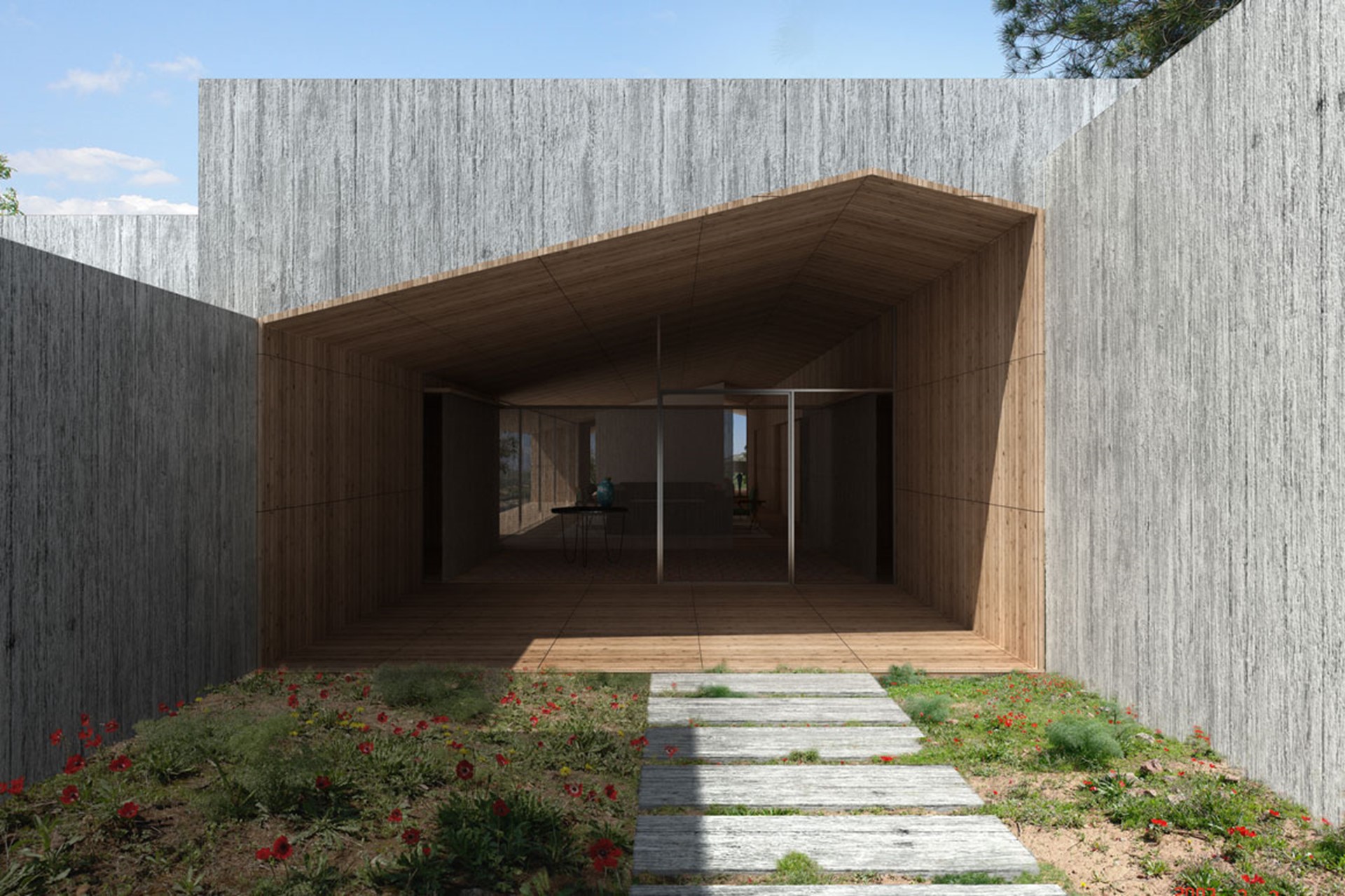 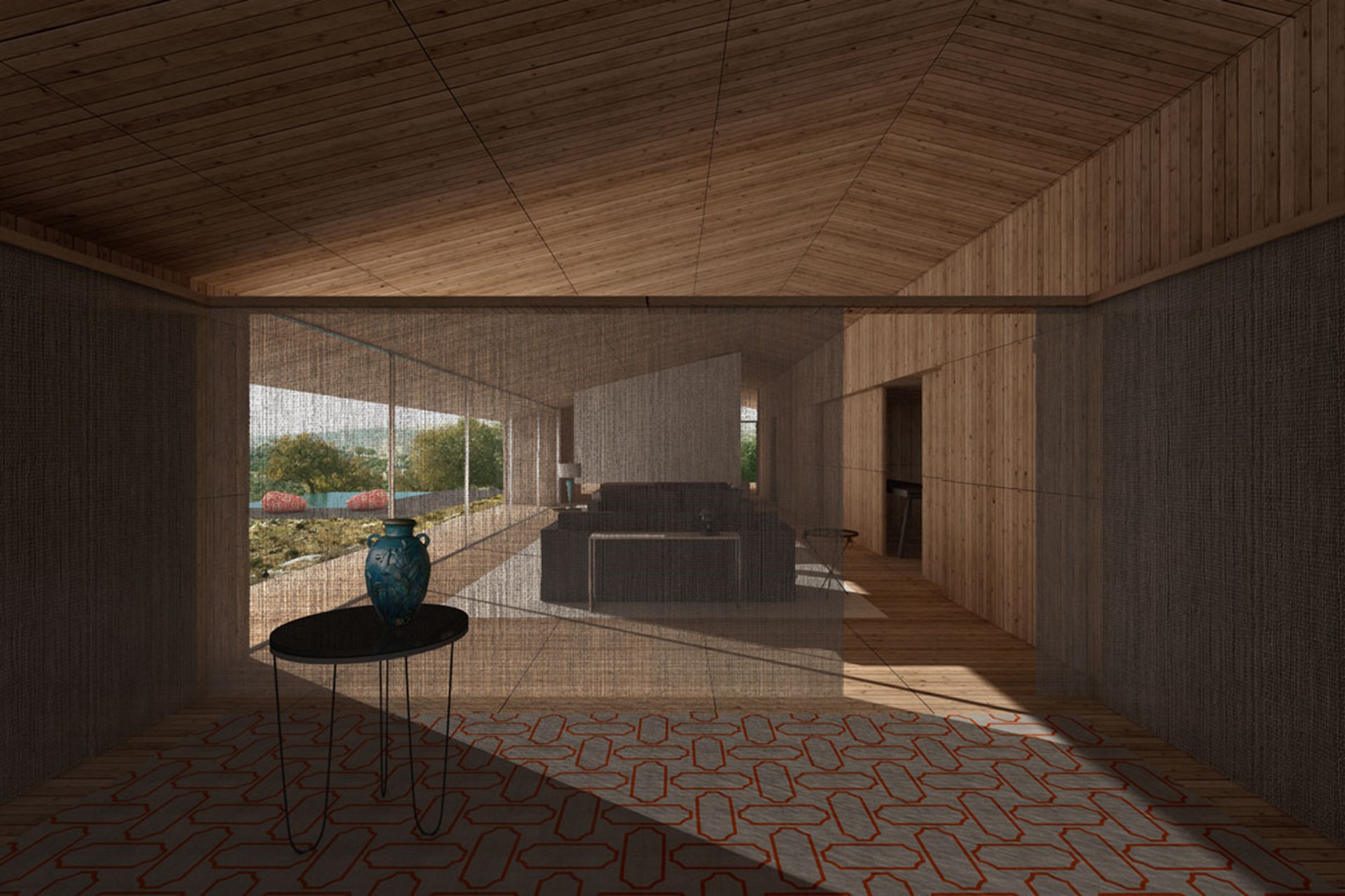 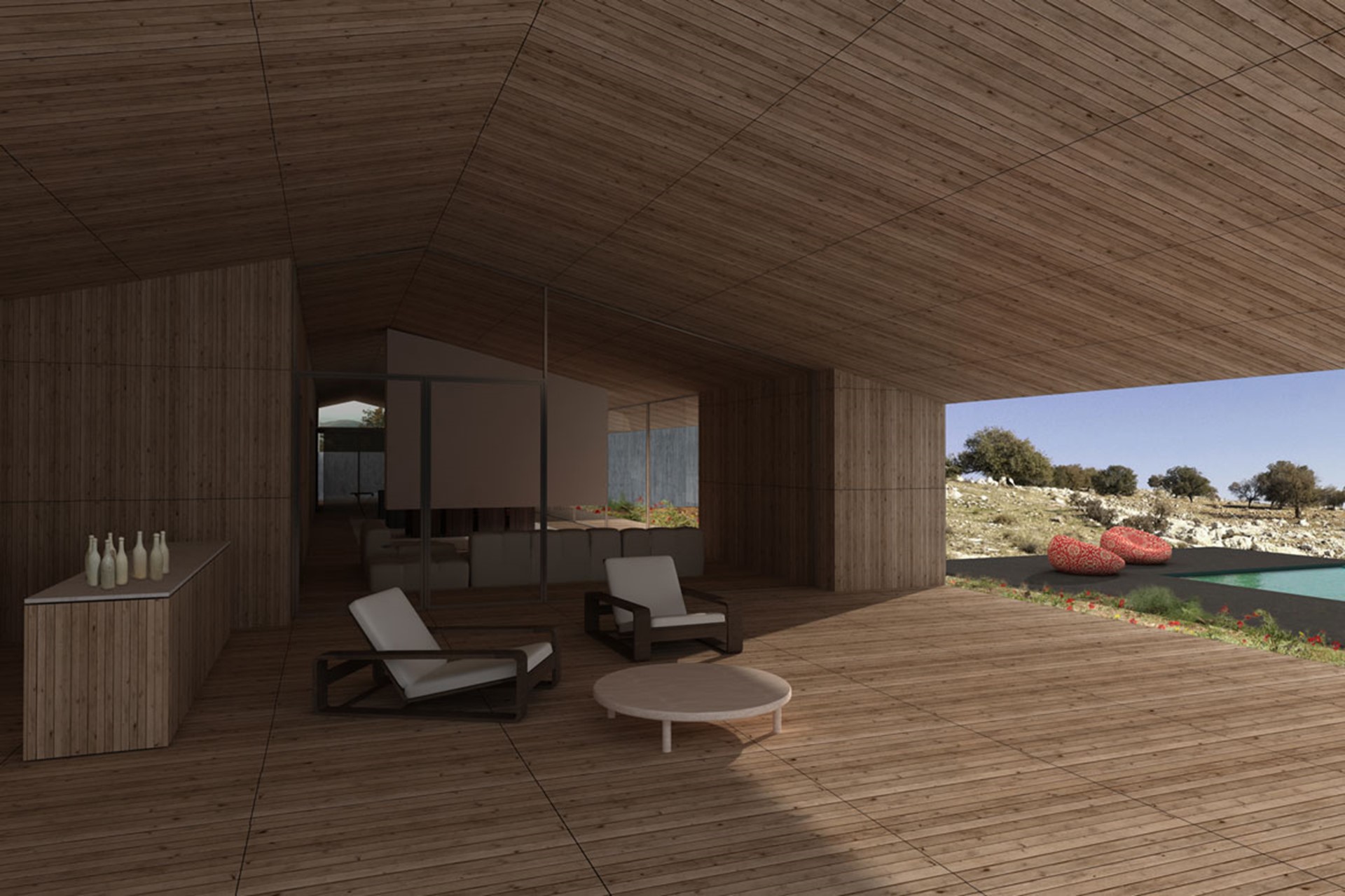 This is a residential building in the Jordanian countryside of Um Alsous, located to the West of Amman overlooking the Dead Sea. This project’s initial idea is that of a typical agrarian structure around which a molded more regular residential mass was formed. The design process is then based on the subtraction of the cast form to reveal the initial agrarian form or mold. The idea of making of casting out of a mold points to an object or space that leaves an imprint in another material body. The other body becomes an index for the absent object. This idea was further developed into a more functional scheme that consists of two masses containing the common areas of the house and the bedrooms. The space in between the two masses constitutes an entry directly in the pitched roof space terminating in a covered porch space. The choice of material for the exterior was selected to maintain the idea of “pouring” in order to create and sculpt the form.