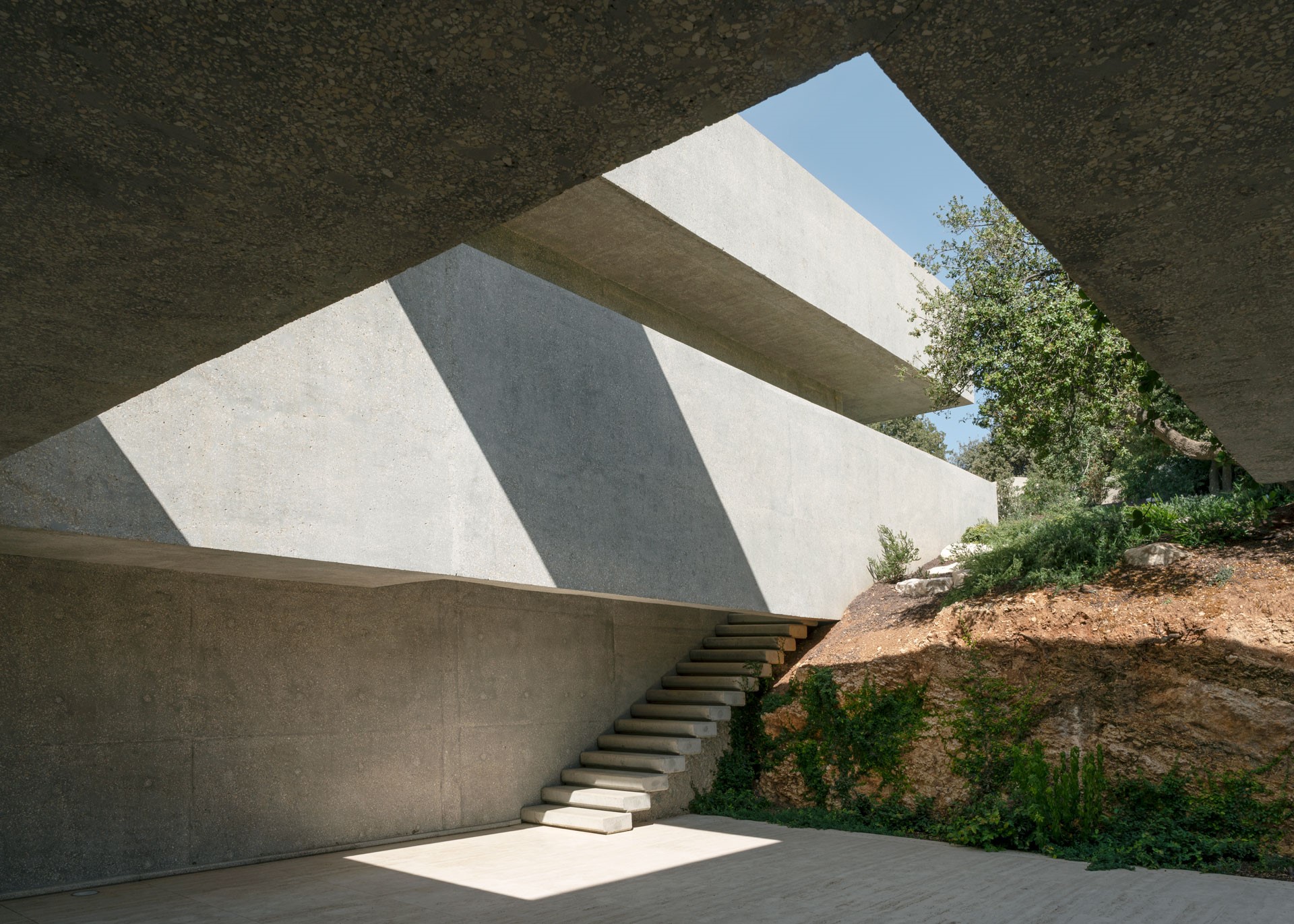 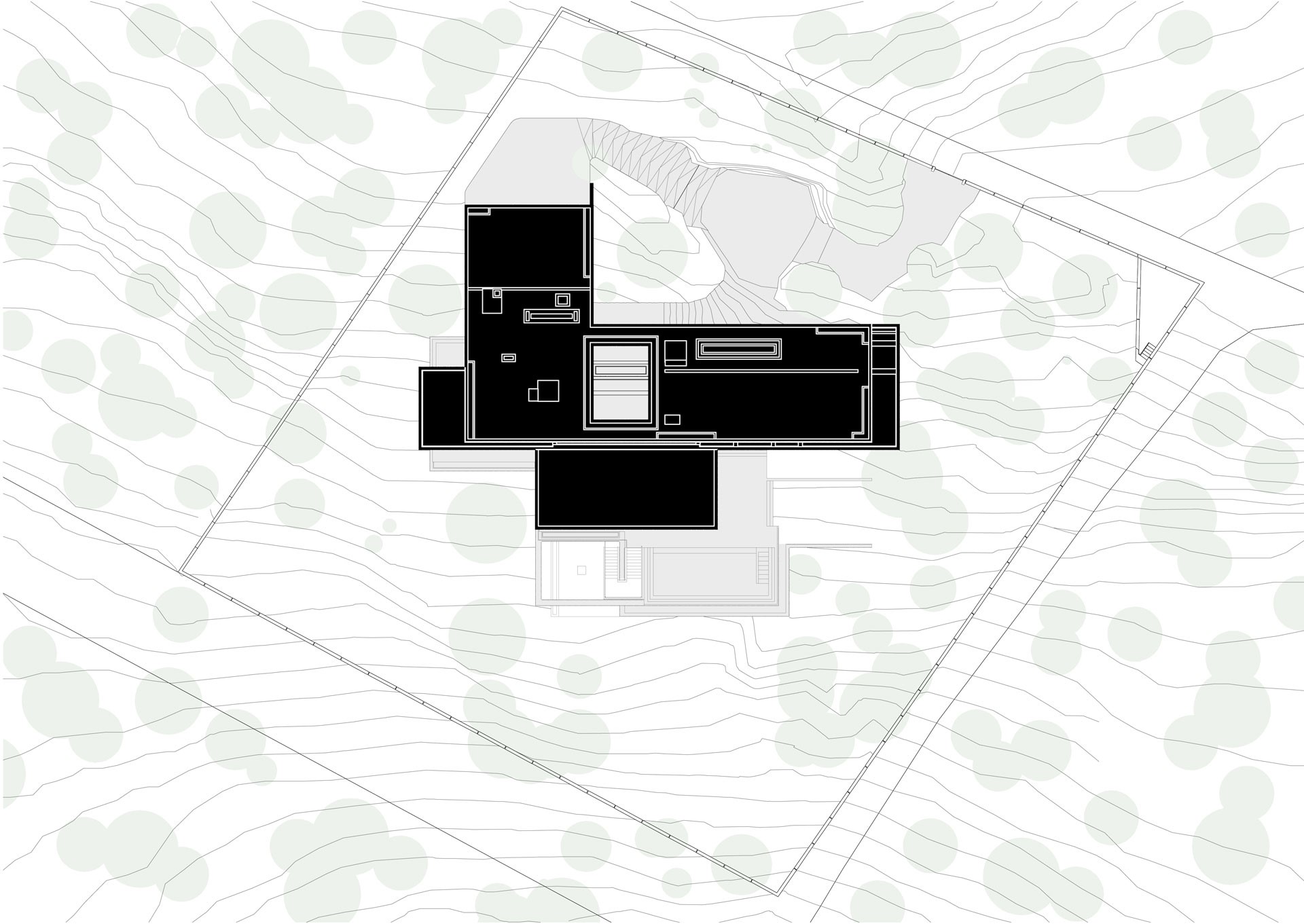 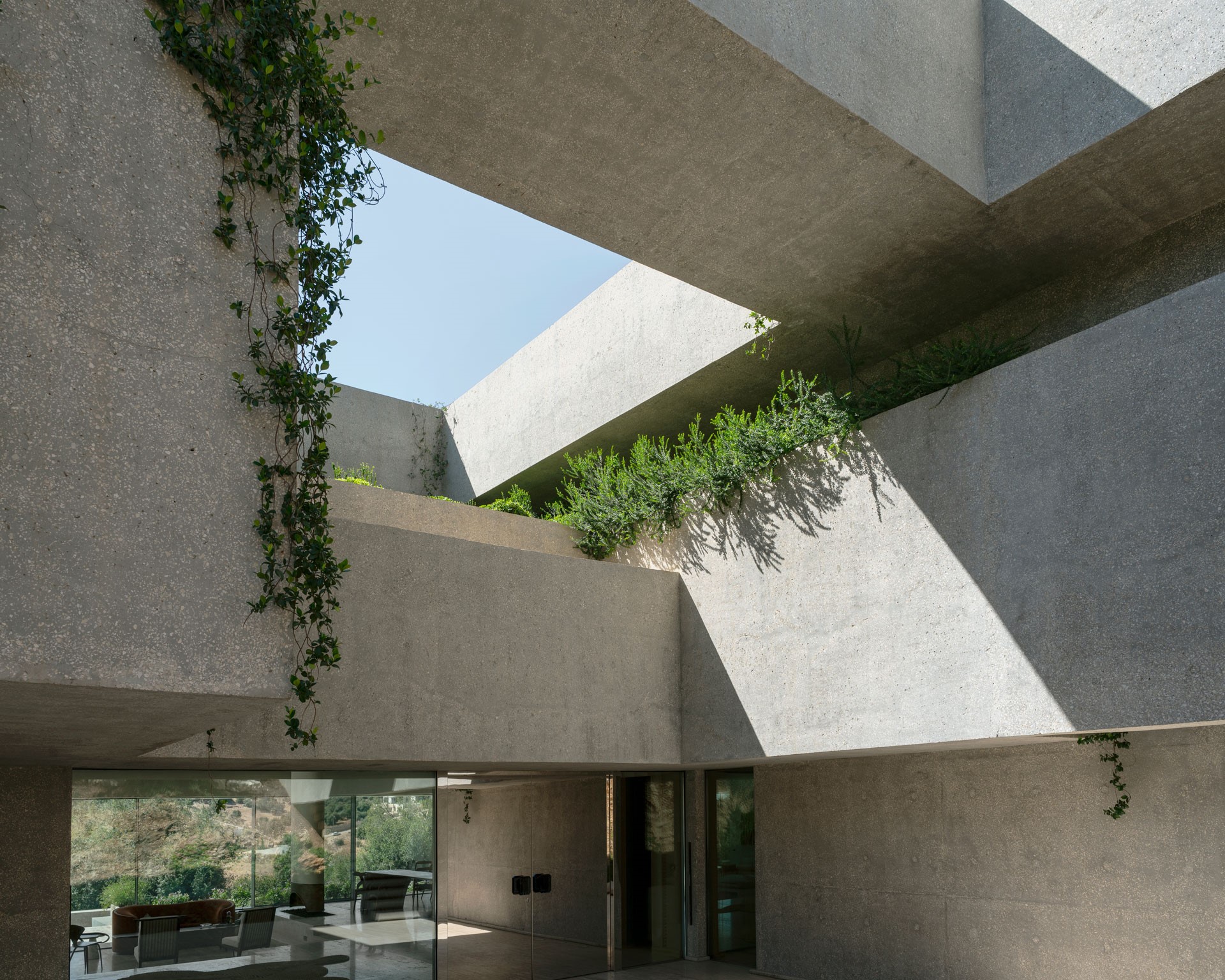 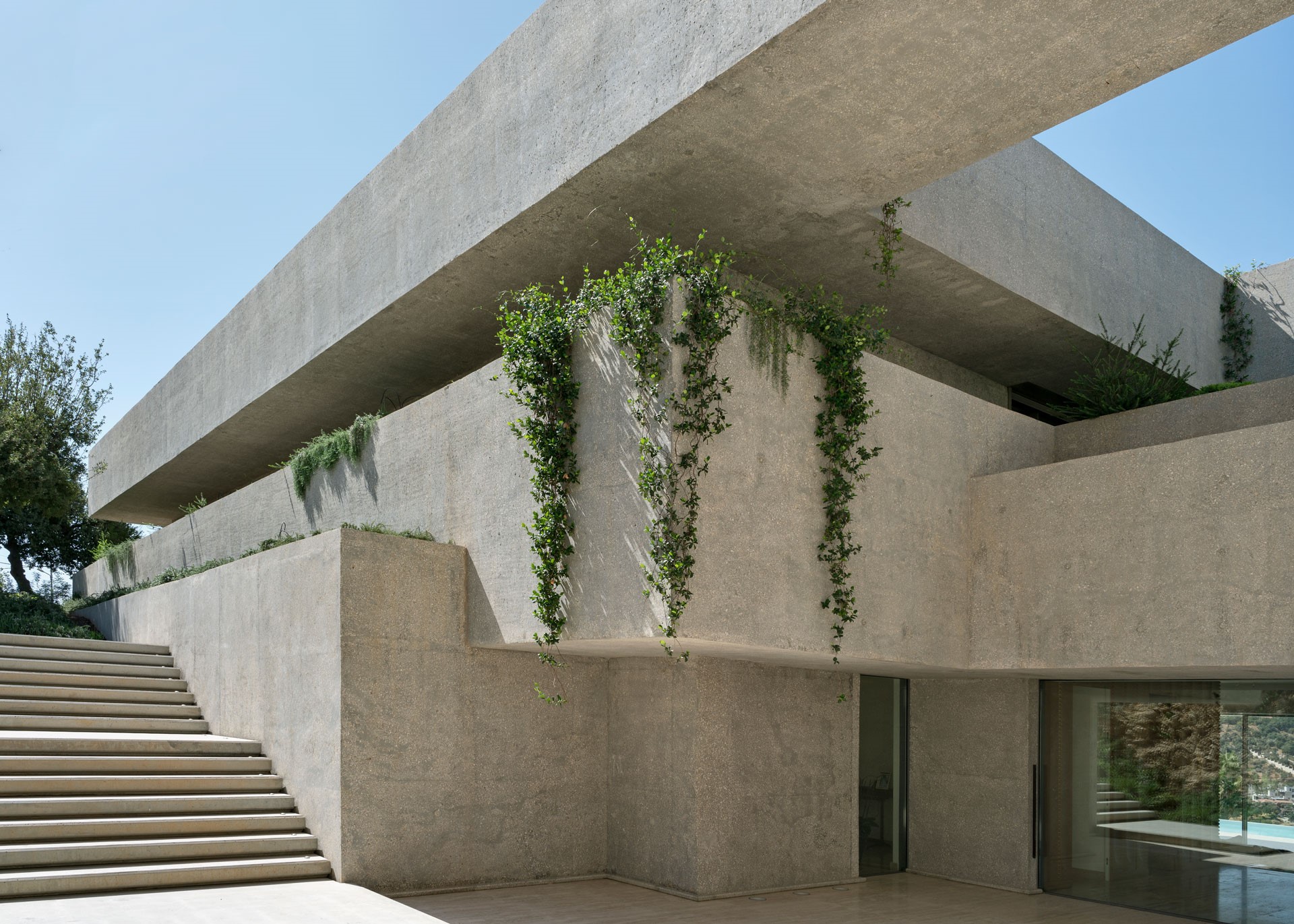 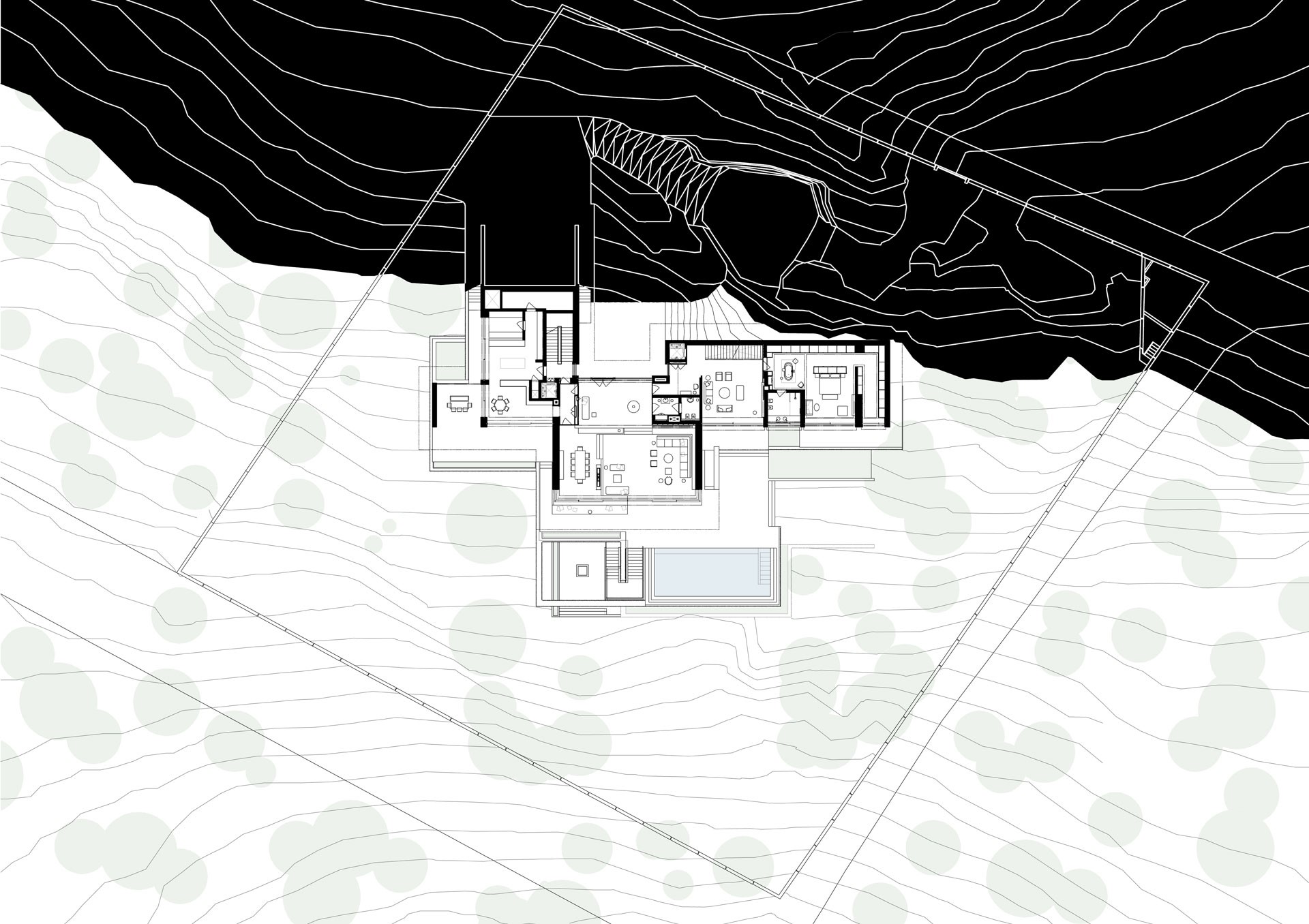 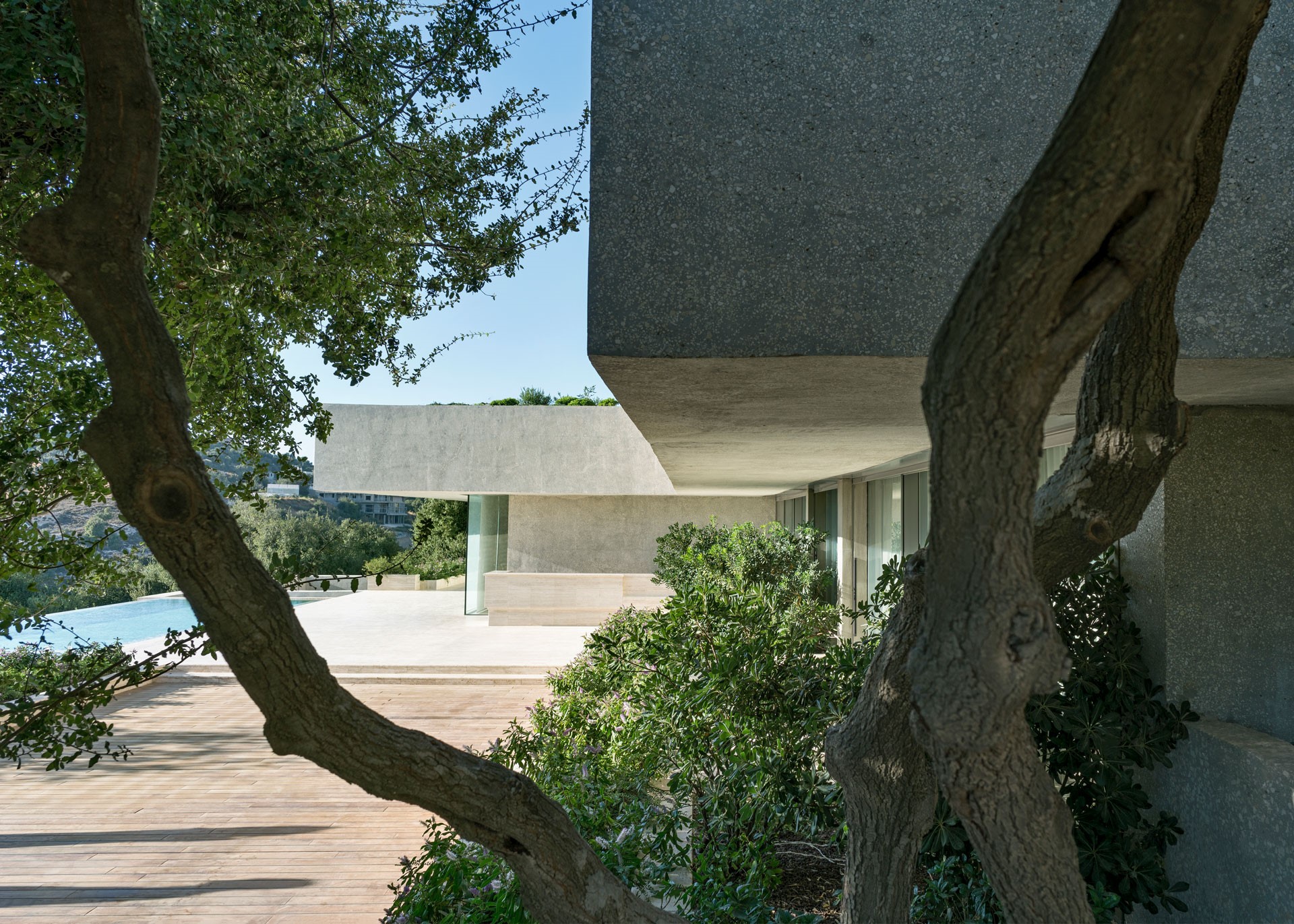 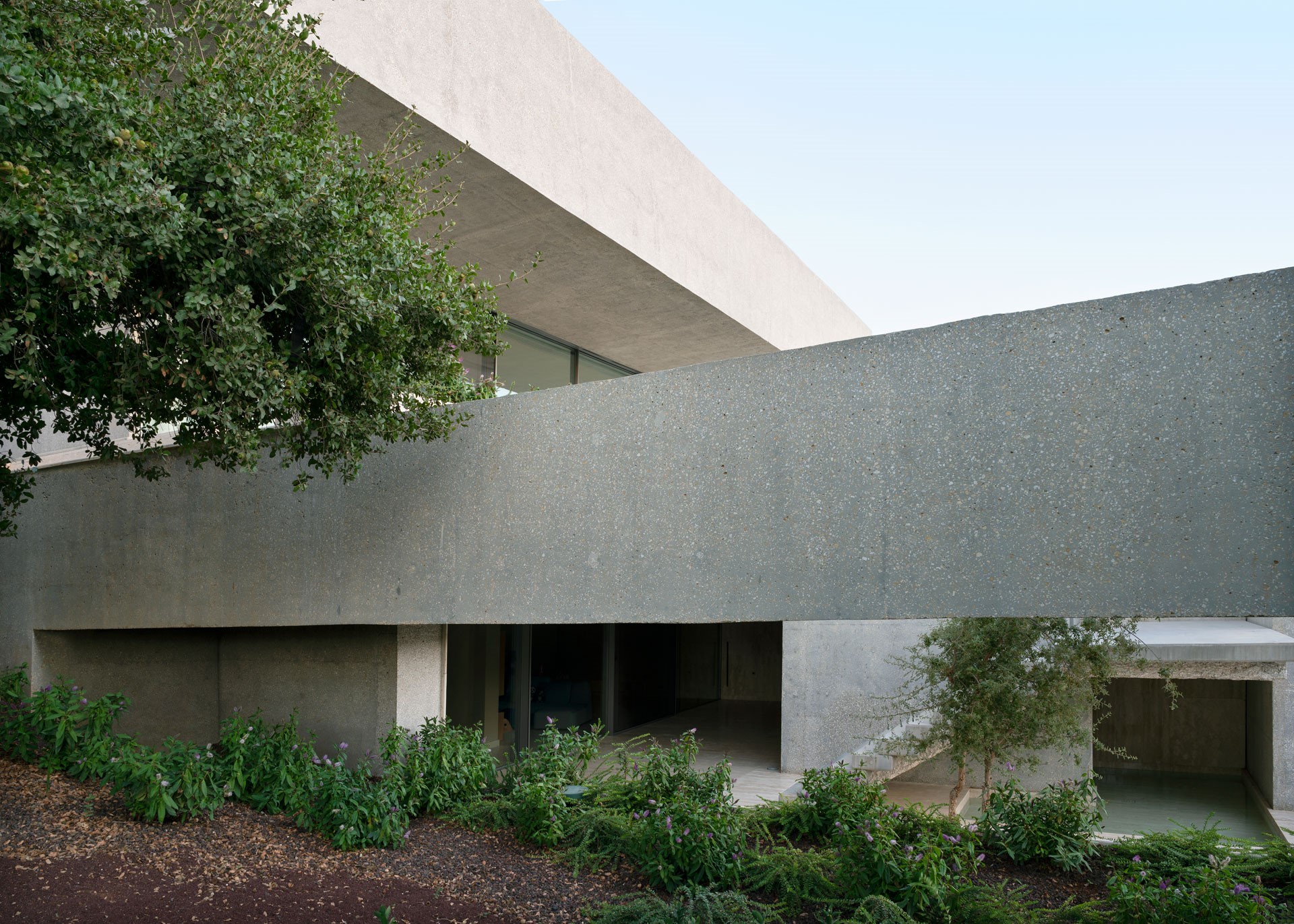 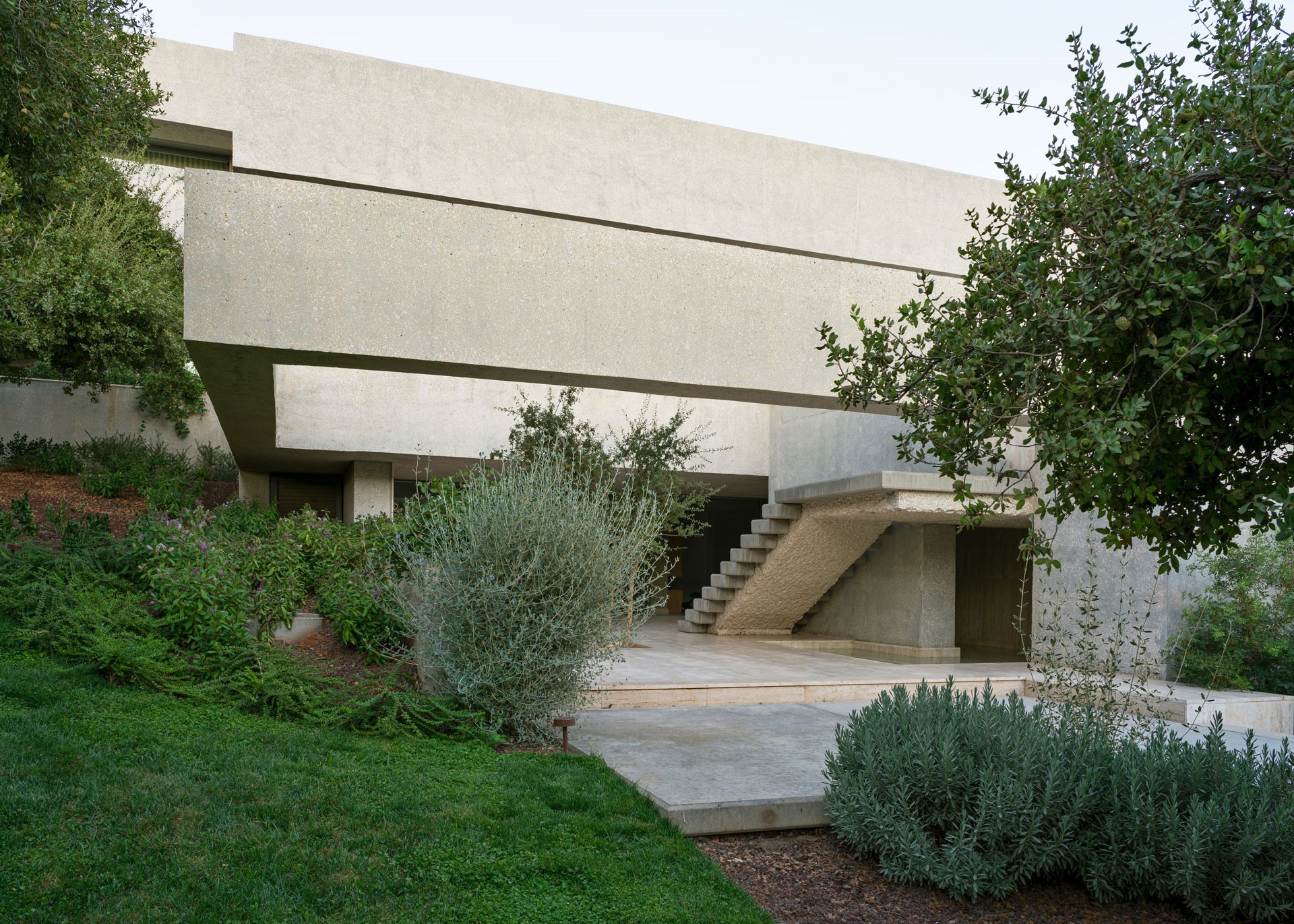 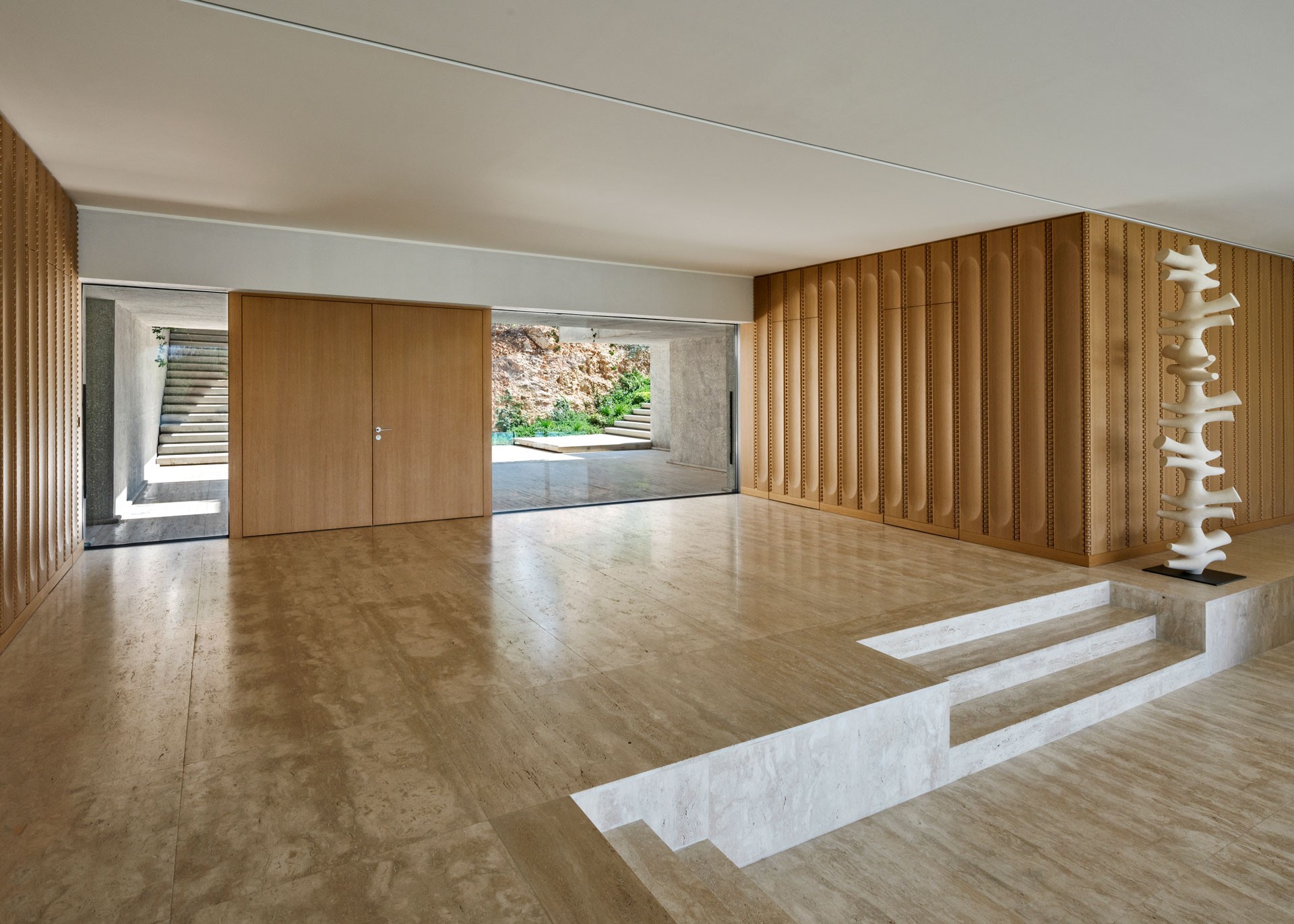 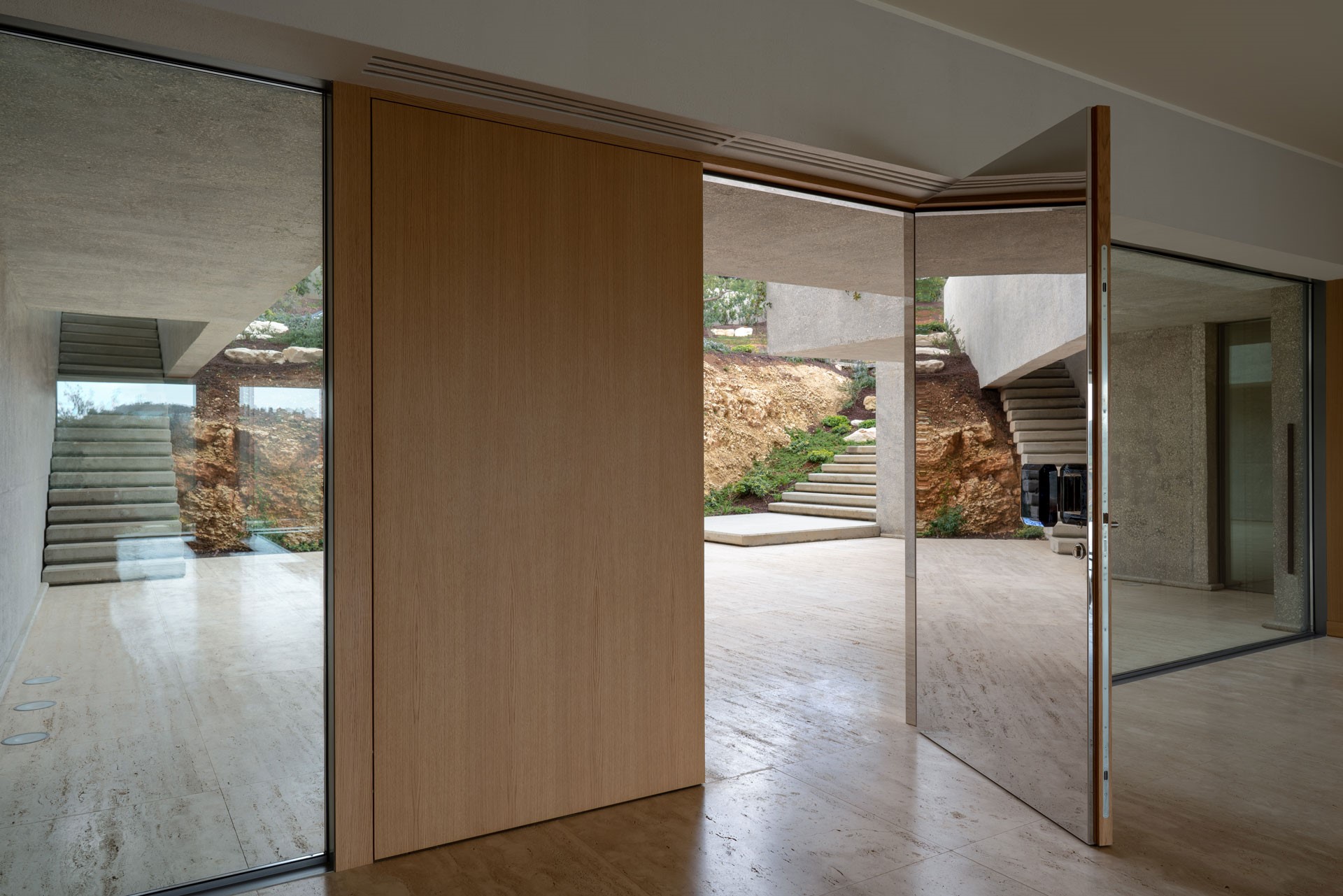 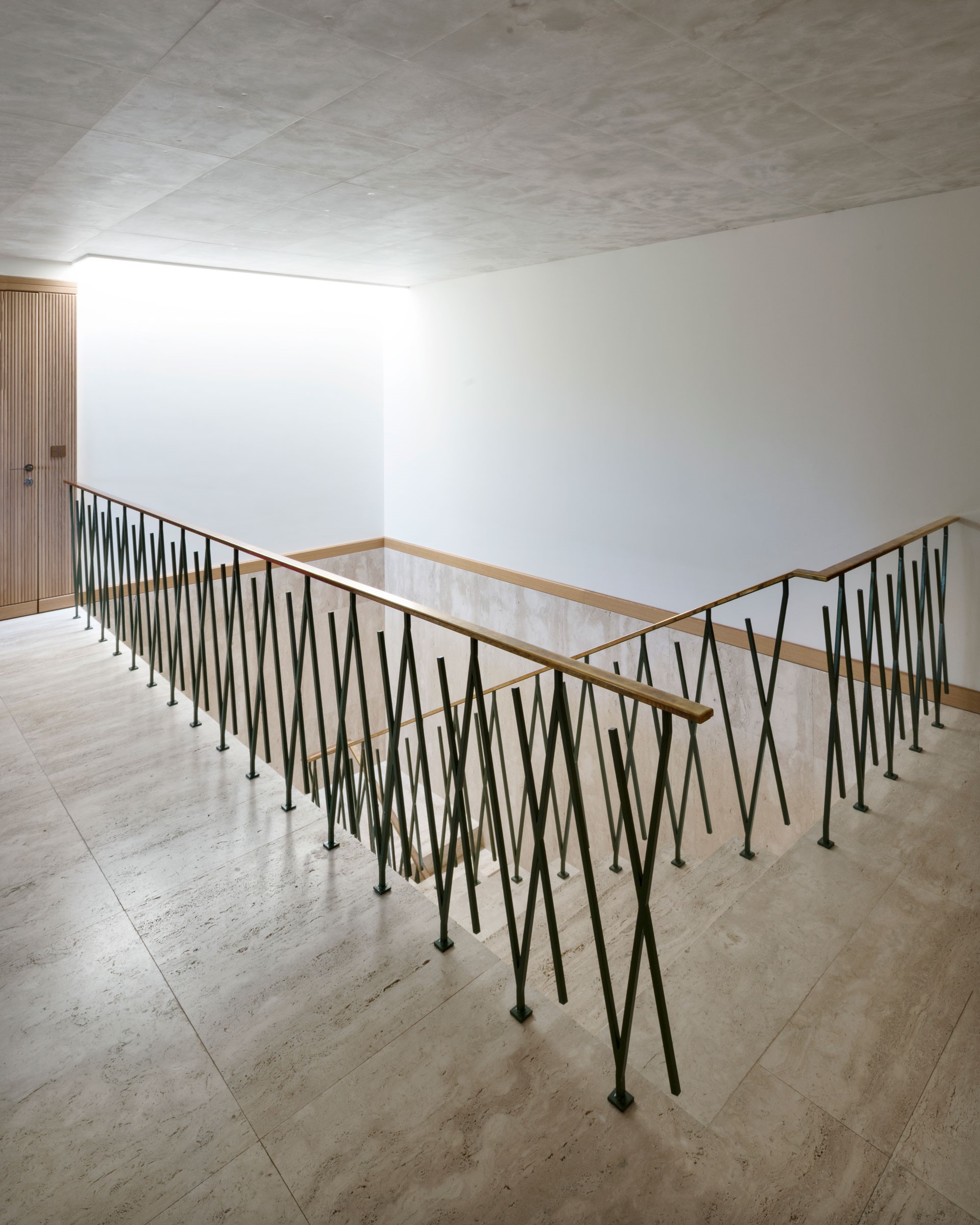 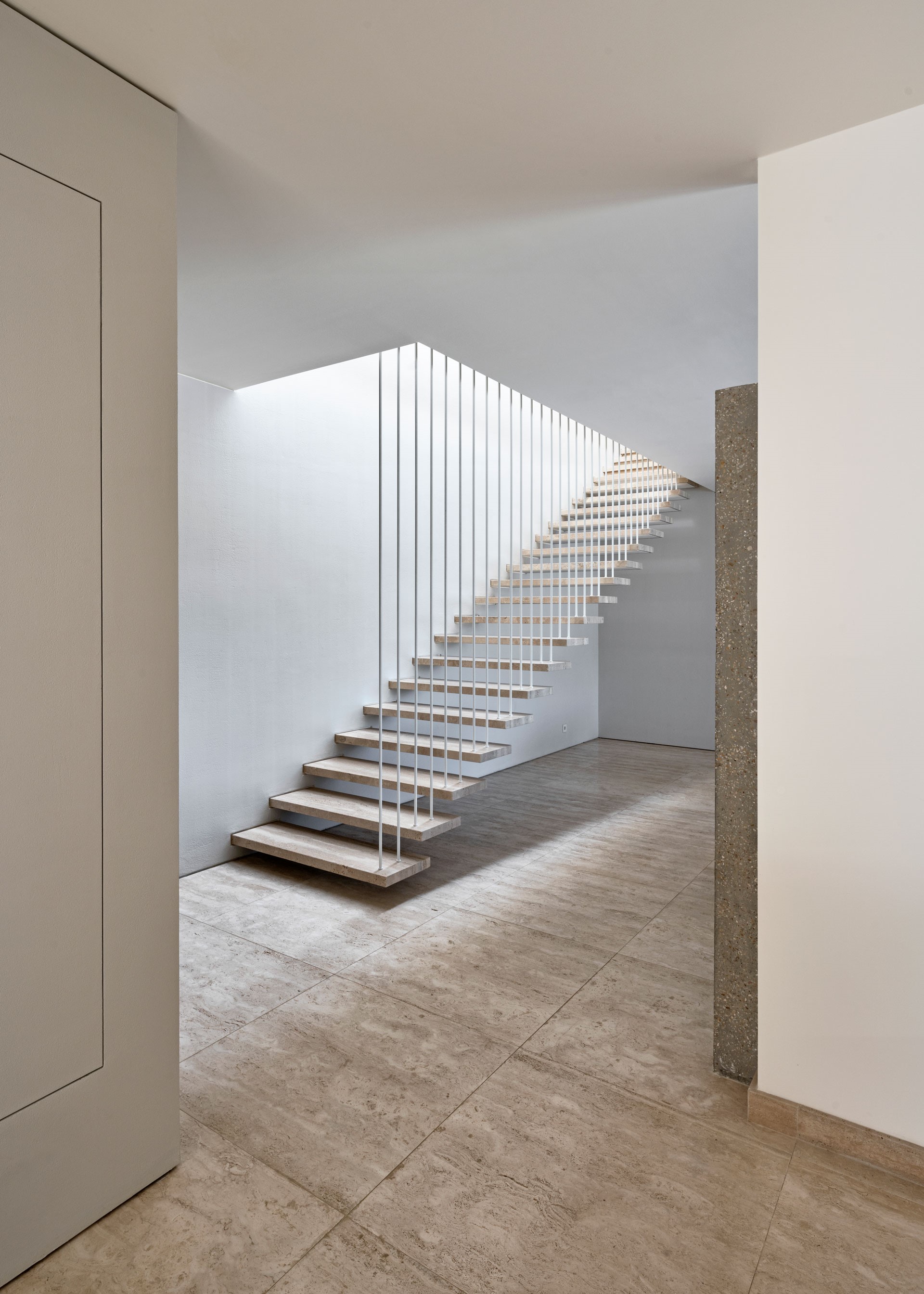 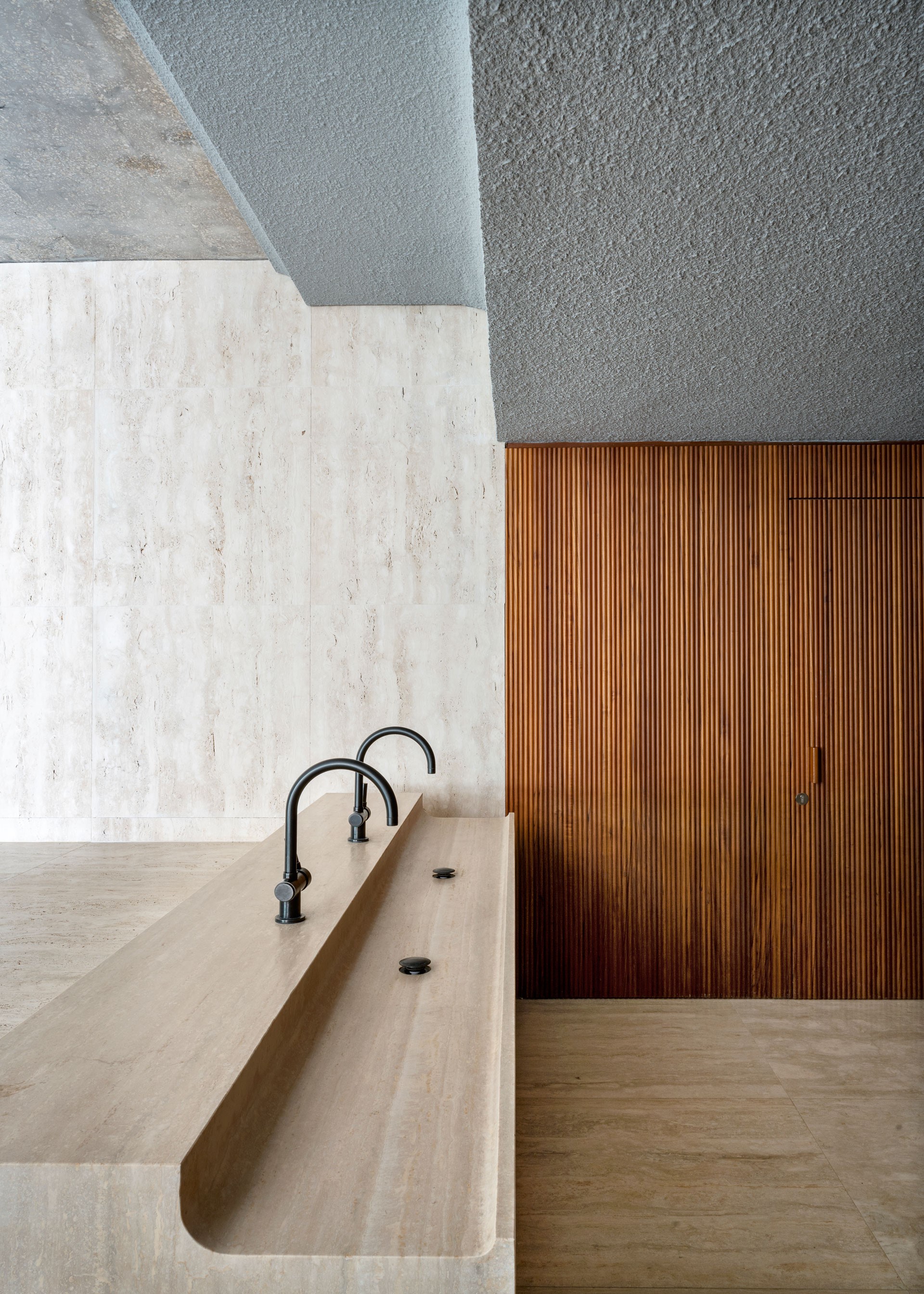 The Barghouti House is located in Dabouq, which is a residential district located to the west of Amman, Jordan.  Dabouq is characterized by its soft undulating landscape of hills covered with native oak trees, yet over the past two decades the area has witnessed a mass building development that has resulted in extensive environmental damage to one of the very few forested areas in Amman. For this reason, the main objective of the project was to carefully locate the volume of the house without damaging or disturbing the particular topography of the site and its existing trees. The footprint of the house was therefore skewed in relation to the rectangular perimeter of the land, in order to align the house with the direction of the slope and to take advantage of most of the open space that has no trees.

The house consists of two separate parts connected by a roof. The two parts frame the view to the landscape across the site from the entry point. The separation in the massing of the house also adheres to a programmatic requirement, which calls for separating the guest quarters from the rest of the house. The house consists of three floors, yet each floor level has a direct connection to the garden. Such connections result from embedding the first two levels of the house within the land to conform to its topographic levels and to mitigate the effect of scale the three floors.

The main arrival space was placed at the highest part of the land and was defined by the L-shape plan of the upper third level of the house. This side or part of the house is entirely closed with no fenestrations apart from the garage and the main entry of the house, which is carved out from the landscape and accessed by two stairs of different scales. This entry courtyard actually opens up to both the sky (through the roof connection) and the landscape across the site that is seen through the interior space.

The massing of the project consists of a series of thick concrete slabs that run parallel to one another and hover over a series of deep recessed spaces that contain all the window fenestrations, planter beds and circulation paths and stairs. This type of massing emphasizes the material weight of the project by means of restricting the visible elements of the project to a composition of monolithic slabs that interact and stand in contrast to the landscape.

The architecture though seemingly quite severe and angular in expression, maintains a more delicate or softer quality that is achieved by the hand-sanded surface of the concrete. This technique produces an array of uneven undulating surfaces that begin to make more sculptural reference to the surrounding landscape and the ground the house sits on. This controlled imperfection allows the project to also be in line with the local culture of construction, which still highly depends on low-technology and the work of specialized craftsmen.